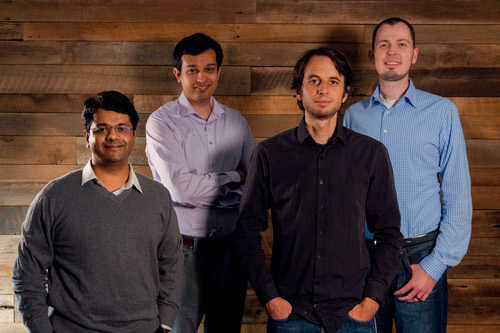 Indeed, the investment bank is a Forward Networks customer, and decided to invest after seeing the impact of the software on its network operations. "In the past year, we have scaled our deployment of Forward Enterprise to our entire network of over 15,000 devices. Our network engineering team relies on the Forward platform to be the single source of truth for our network," said Joshua Matheus, Goldman's managing director for technology, said in a release.

"Single source of truth" means the Forward Networks solution tells engineers all they need to know and more about how information moves through the network. According to Forward Networks CEO David Erickson, his company's software traces every packet that moves through the network, and also tells engineers where and how information could potentially be transmitted. This intelligence is a key component of risk avoidance.

"Many networks today have grown so large and so complex, they've outgrown human-scale management techniques," said Mike Feibus, president and principal analyst at FeibusTech, in a release from Forward Networks. "Forward Networks' mathematical network-twin platform helps IT predict behavior and solve failures -- regardless of which network vendors' hardware is deployed."

So far, none of the major telecom and wireless operators have announced engagements with Forward Networks, but Erickson said his company is working with several and that deployments range from traditional network monitoring all the way to full software-defined networking. "Telcos run some of the most complex networks on the planet," said Erickson. "They have some of the most expensive components, tens of thousands of devices, and millions of lines configured."

Erickson said the typical telecom deployment scenario is a discrete location like a management network, data center or metro network. He said the engagement starts with network visibility, and moves on to network verification and the detection of potential problems before they show up in the network. He said engineers can use Slack to query Forward Networks about how packets flow in the network, and a bot provides them with requested data. The goal is to increase network availability without increasing operational overhead, and Erickson said that's exactly what Forward Networks is providing for enterprise networks.