The US Wireless Market in 10 Charts

The US wireless market is certainly in a state of flux, with a major new wireless network technology hitting the scene -- 5G anyone? -- alongside a proposed merger between Sprint and T-Mobile that, if approved, would reshape the sector in serious and irreversible ways.

However, at the 30,000-foot view, the US wireless market is also one that is rapidly maturing, as most everyone in the country who wants a smartphone has already purchased one. As a result, the growth rates initially driven by new Androids and iPhones have tapered off dramatically, and the rise in operators' average revenues per user have slowed.

Thus, here in the middle of 2019, it's worth taking a look at exactly where the US wireless market is, in terms of the metrics that matter.

First, according to new data from Pew Research Center, smartphones are playing an increasingly central role in Americans' online lives. 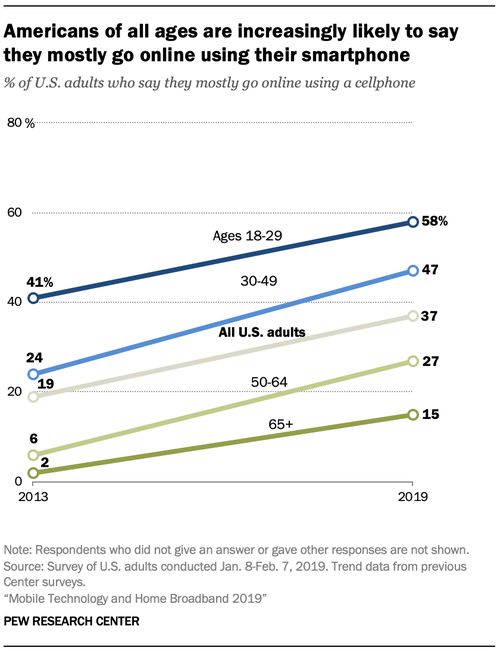 Pew derived its new findings from telephone interviews conducted earlier this year among a national sample of 1,502 adults, 18 years of age or older, living in all 50 US states. The figures clearly reflect the everyday realities of today's America: one where phone screens command a surprisingly central role in some users' daily routines.

Pew's findings dovetail with recent research from eMarketer, which found that mobile devices this year surpassed TVs in terms of the time consumers spend using the gadgets. 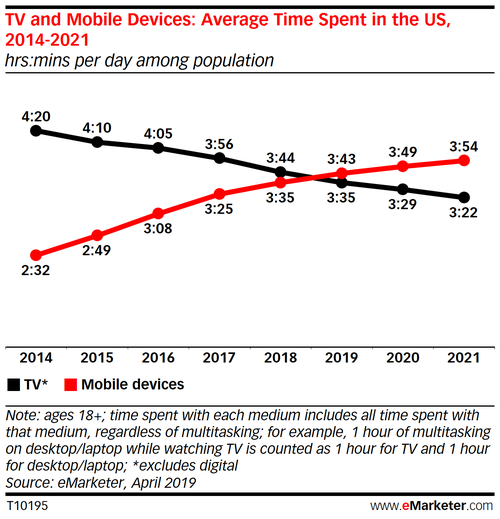 Pew also pointed to a noteworthy trend in the wireless industry: smartphones turning into users' only connection into the Internet. This trend is clearly being driven by the increasingly powerful capabilities of today's smartphones, the unlimited data plans offered by wireless carriers, and the potential difficulty that some Americans may have in paying for both a smartphone and a landline Internet connection.

Pew's findings on the wireless-only trend align with findings from Wall Street firm New Street Research, which found that the number of wireless-only households in the US is growing: 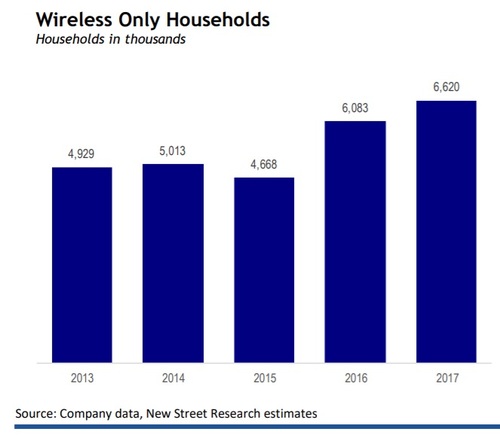 And the Wall Street firm predicted the trend will continue in the future: 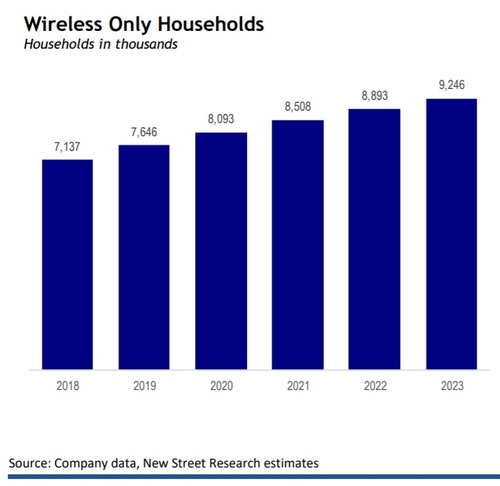 All that said, the US market is still mainly dominated by four wireless network operators -- Verizon, AT&T, T-Mobile and Sprint. So how do these operators stack up against each other, in light of all these trends? Data from Wall Street research firm Cowen offers a clear look at how the postpaid phone market -- the most valuable part of the market, those customers who pay for their bill at the end of their month of service -- breaks down among the so-called "big four." 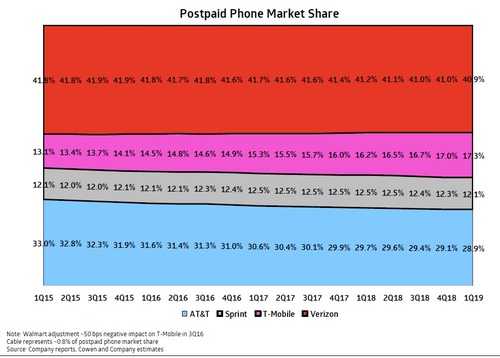 Another key financial metric for wireless network operators is churn, or the number of customers who cancel service each month. According to the analysts at Cowen, Sprint is the outlier here: 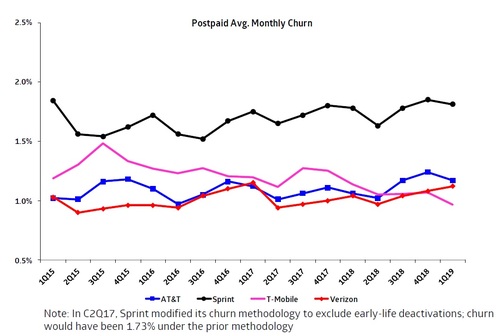 And, as discussed previously, operators' average revenue per user (ARPU) is no longer growing as the wireless market matures. According to Cowen: 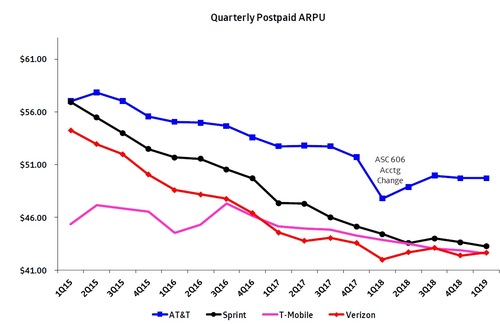 But perhaps the most important metric for wireless network operators has to do with their earnings. Below, the analysts at Cowen offer a clear look at carriers' wireless earnings before interest, taxes, depreciation and amortization (EBITDA): 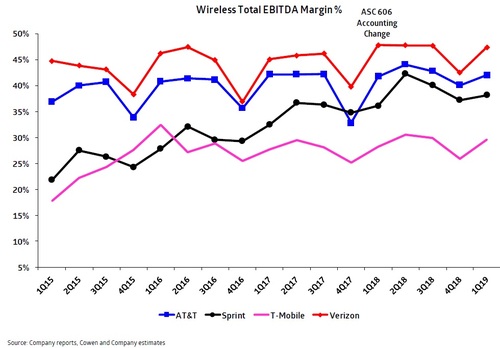 Finally, no look at the wireless market is complete without a peek at operators' spectrum holdings. Spectrum, of course, is the medium that makes wireless communications work, and wireless network operators spend billions of dollars collecting spectrum licenses for their operations. However, there's an important caveat to the chart below: it does not include operators' millimeter-wave spectrum holdings, or spectrum above 20GHz. That's the spectrum some operators like AT&T and Verizon are using for their initial 5G forays. Nonetheless: 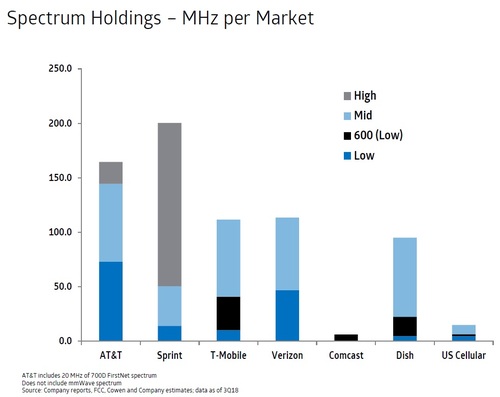 James_B_Crawshaw 6/24/2019 | 6:28:31 PM
Elasticity of demand Interesting stats Mike. I did not realize that Verizon's post paid share was more than 40% higher than AT&T's. That makes sense given that AT&T's postpaid ARPU is 20% higher than Verizon's. But that implies that Verizon's postpaid revenue is 17% higher than AT&T's (1.4/1.2). Their EBITDA margins are similar. Surely it would make sense for AT&T to lower their prices towards those of Verizon as the elasticity of demand would mean market share increased to a greater extent than ARPU fell leading to an overall net increase in revenue.