In an effort to overhaul the federal government's massive IT infrastructure, a new report from the White House is recommending that agencies adopt more cloud computing technologies, including commercial ones.

In April, President Donald Trump signed an executive order that created a new technology council to look at how the federal government spends money on information technology and what improvements can be made to become more efficient.

Now, the final report from the White House's American Technology Council is released. Entitled Report to the President on Federal IT Modernization, the study emphasizes how government agencies should turn to cloud for their IT needs. 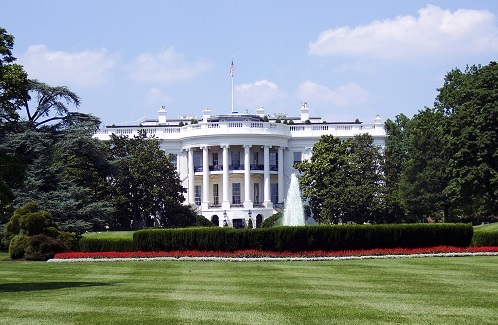 "This report envisions a modern Federal IT architecture where agencies are able to maximize secure use of cloud computing, modernize Government-hosted applications, and securely maintain legacy systems," says the report's summary, which was released December 13.

If the federal government follows through with this plan, it could prove a windfall for many different companies that provide commercial, commodity cloud platform, including the big three of public cloud: Amazon Web Services Inc. , Microsoft Azure and Google (Nasdaq: GOOG) Cloud Platform.

AWS is notable for having built a cloud used by the CIA.

IBM Corp. (NYSE: IBM) also has a long history of gaining federal contracts and is one of the main providers of private cloud services.

At the heart of the report, the technology council is urging the federal government to consolidate much of its IT infrastructure and turn toward a shared service model that has a central focus and uses more commodity hardware and software rather than proprietary systems.

A report from the Government Accountability Office in 2016 found that the US government spent about $80 billion on IT in 2016, but that many agencies did not do a good job of buying technology and much of it was proprietary and could not be shared or duplicated, according to Reuters.

The idea here is to move federal agencies away from proprietary systems that were designed for only one department or section, as well as modernize the infrastructure and replace legacy systems.

The report also emphasizes that this approach will help better protect the government infrastructure.

Specifically, the report is urging agencies to protect data closer to the source and not focus on perimeter defenses. By expanding visibility beyond the network, the government can better defend against outside, as well as inside threats.

"Expanding visibility beyond the network level -- for instance, through collecting security logs at the application level or establishing a vulnerability disclosure policy and placing systems or applications under a bug bounty program -- provides security teams with other information feeds, which they can use to better understand, process, and triage information security events and possible incidents," according to the report.

Phil_Britt 12/27/2017 | 12:46:52 AM
Re: Common Sense On Pennsylvania Av Before the Administration moves forward, it will need to be absolutely convinced of the security of whatever cloud service it considers.
Reply | Post Message | MESSAGES LIST | START A BOARD

kq4ym 12/18/2017 | 8:54:42 AM
Common Sense On Pennsylvania Av It's refreshing to see something come out from Washington that is actually forward looking and apolitical. Noting that "many agencies did not do a good job of buying technology and much of it was proprietary and could not be shared or duplicated," a call for more cloud computing is is indeed in order to bring some efficiency and common sense to government information processing for the benefit of all of us.
Reply | Post Message | MESSAGES LIST | START A BOARD
EDUCATIONAL RESOURCES