The US Air Force awarded a $1 billion contract to Dell EMC, General Dynamics and Microsoft to implement a five-year cloud IT transformation program for up to 776,000 users.

It's the largest-ever federal cloud-based unified communications and collaboration contract, according to a statement from Dell EMC .

The Air Force launched its IT transformation two years ago with the $296 million Collaboration Pathfinder, deploying Microsoft Office 365, in a contract previously awarded to Dell, Microsoft Corp. (Nasdaq: MSFT) and General Dynamics Information Technology. More than 140,000 users have been migrated over the past two years, Dell EMC says. 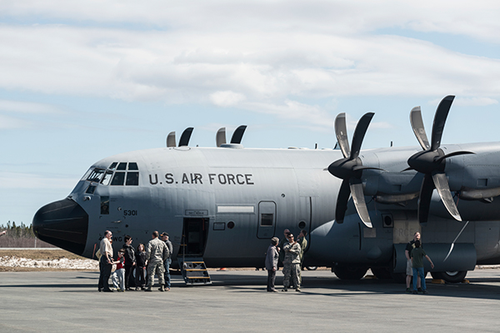 "CHES is the follow-on to that program, but with a far wider scope, making it the largest-ever federal cloud-based unified communications and collaboration contract in the federal marketplace," Dell EMC says.

The Air Force plans to roll out the entire program in under a year, to help the services focus on their core mission and reduce costs as data centers are consolidated, Dell EMC says.

The Air Force's personnel portal for 1.7 million active duty and retired airmen, MyPers, is on an Oracle Cloud.

And the US Army recruited IBM Corp. (NYSE: IBM) to build a new, secure private cloud at Army Redstone Arsenal, one of its main missile testing and deployment arsenals. (See US Army Drafts IBM for Private Cloud.)

kq4ym 9/25/2017 | 8:00:48 AM
Re: Private With three quarters of a million military personnel coming aboard the project it will be quite an acheivement to make it happen in under a years as noted. Quite a catch for Microsoft to garner this huge contract.
Reply | Post Message | MESSAGES LIST | START A BOARD

danielcawrey 9/24/2017 | 12:04:39 PM
Private Private clouds are big business these days.Organizations like the military can save a lot of infrastructure cost by doing this. They have had to wait for the tech to catch up so private cloud security is capable, and it seems like that time is now.
Reply | Post Message | MESSAGES LIST | START A BOARD
EDUCATIONAL RESOURCES