Microsoft is launching a preview of new security technology that protects data when it is most at risk -- when it's being used.

"This means that data can be processed in the cloud with the assurance that it is always under customer control," Mark Russinovich, Microsoft Azure chief technology officer, says in a Thursday blog post announcing the technology, which the company calls "Azure confidential computing." Microsoft and Intel have been working together on the technology over the past four years, Russinovich says.

Using Azure confidential computing, data is protected from malicious insiders, hackers and malware, and third parties accessing the data without consent, Russinovich says. The technology protects data from Microsoft itself, as well as government warrants and hackers, according to Ars Technica. 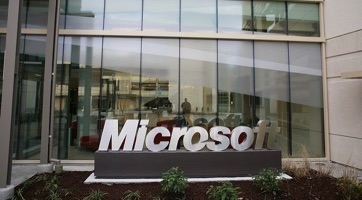 Photo by Robert Scoble (CC BY 2.0)
Keep up with the latest enterprise cloud news and insights. Sign up for the weekly Enterprise Cloud News newsletter.

Azure confidential computing protects data that's stored "in the clear," which is required for efficient processing, Russinovich says. The service stores data in a Trusted Execution Environment (TEE), also known as an "enclave." The data is accessible only from authorized code, and if the code is altered or tampered with operations are denied and the environment is disabled, Russinovich says.

Initial support is available both in software and hardware. The software implementation is on Windows 10 and Windows Server 2016, through a TEE implemented in Hyper-V.

The hardware implementation uses Intel SGX TEE with the first SGX-capable server in the public cloud, which can run independently of Azure and Microsoft.

Microsoft will continue to work with Intel and other hardware and software partners on additional TEE implementations, Russinovich says.

Users and developers can try out Azure confidential computing by signing up on theEarly Access program.

Google launched a security chip called Titan last month, to ensure that servers boot from known good state, with verifiable code, and establish a hardware root of trust for cryptographic operations in its data centers.

Enterprises are becoming more concerned about security in the face of a series of big attacks, most recently against Equifax which may have leaked financial records for up to 143 million people. (See Equifax Breach Won't Be the Last or Worst.)

kq4ym 9/22/2017 | 12:28:11 PM
Re: Protection Google's Titan chip seems to be getting quite a lot of press lately. It will be interesting to watch that development. I would suspect government operators will be or might already have been implementing it behind the scenes.
Reply | Post Message | MESSAGES LIST | START A BOARD

Phil_Britt 9/19/2017 | 1:03:40 PM
Re: Protection No matter what a company/vendor/etc. promises, customers should consider themselves as the last line of data protection. They need to be ever diligent and react quickly if there is a sign of a hack.
Reply | Post Message | MESSAGES LIST | START A BOARD

danielcawrey 9/16/2017 | 1:03:50 PM
Protection This is clearly designed to make data protection more of an onus on customers rather than Microsoft.

This makes a lot of sense. Building something like this is what the market needs right now given all the data security concerns out there.
Reply | Post Message | MESSAGES LIST | START A BOARD
EDUCATIONAL RESOURCES