Blockchain is making its way inside a number of different markets beyond cryptocurrency, including banking, insurance, government, education and healthcare. However, can the technology protect the global food supply?

IBM and a consortium of food retailers and distributors are going to find out.

On Tuesday, IBM and this group of major distributors are planning to unveil blockchain applications that can better track food, from its origin, to the warehouse to the supermarket shelf. To achieve this Big Blue will help lead a group that includes some of the biggest names in food distribution, including Dole, Golden State Foods, Kroger, McCormick and Company, Nestlé, Tyson Foods, Unilever and Walmart

In addition, IBM plans to release a full version of its enterprise-grade blockchain platform though its IBM Cloud.

Brigid McDermott, vice president of Blockchain Business Development at IBM, told Enterprise Cloud News that it takes too long to report problems within the global food supply chain -- she used a recent example of a salmonella outbreak with papayas -- from its origin with the growers to the people buying the product. 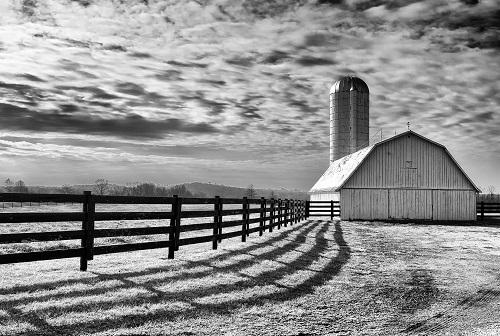 Farm, to table, to blockchain
(Source: MichaelVines via Pixabay)

The World Health Organization estimates one in 10 people fall ill each year due to contaminated food.

"There is a lack of understanding within this network of where the problem is and how to deal with it in a surgical manner, and there a lack of awareness within the public of what could cause health problems," said McDermott in the interview. "What we want to see is can we use blockchain to transform food safety from something that takes months or weeks and reduce it down to seconds, and do a better job of taking containments and fraudulent items out of the food system. This can make faster, safer and better for everyone."

This is where blockchain comes in. Since the technology provides a distributed database or ledger that can be used to track ownership of digital or physical objects, McDermott believes that it can provide the digital records, as well as the trust between the different companies, needed to not only track food but to quickly alert the different parts of the supply chain when and where there is a problem.

"It's really more of a social issue -- how do we get everyone engaged about being comfortable about sharing their information," McDermott said. "How do they understand that they still own the data? The answer is a permissions blockchain."

IBM had previously worked with Walmart to track pork and mangos through the supply chain, and the addition of these other companies, McDermott noted, helps build the ecosystem and increase visibility, as well as insights, within the supply chain.

As with numerous other blockchain projects, IBM and its food supply chain partners are building this platform off the Hyperledger Fabric 1.0 framework developed and support by the Linux Foundation.

The public version of the IBM blockchain platform also uses Hyperledger Fabric 1.0 and is available as of August 22. The platform offers several features, including:

McDermott noted that by opening up the platform to more users, IBM is helping to bridge the gap between the types of projects companies want to use blockchain for, and the lack of resources and skills needed to build these platforms.

"We can start really getting scale, and see an increase in the number and breadth of solutions that are answering industry problems," she said.

Susan Fourtané 8/27/2017 | 11:02:54 AM
Re: Blockchain to protect food supply Joe, yes, I find all the tracking of illnesses and outbreaks very interesting. Or anything related to food. There is so much technology can do about this. I wonder if you heard updates on the honey bee colony collapse disorder (CCD) at the Bio-IT conference.
Reply | Post Message | MESSAGES LIST | START A BOARD

Joe Stanganelli 8/27/2017 | 10:00:00 AM
Re: Blockchain to protect food supply @Susan: I attended an FDA presentation at the Bio-IT World Conference and Expo in 2016 where they extensively discussed how the FDA tracks illnesses and outbreaks, and it's amazing what they keep track of.

Pricing of supplies is one critical factor for instance. One major problem with insulin medication some years ago was tied to a particular ingredient costing too much -- leading to inferior substitutes by farmers in China -- which, in turn, impacted the global drug supply.
Reply | Post Message | MESSAGES LIST | START A BOARD

Joe Stanganelli 8/27/2017 | 9:57:41 AM
Blockchaining food Was just a matter of time. Blockchain is already used to track provenance of pharmaceuticals, and the FDA had hinted a couple of years ago at leveraging it more. Good to see the private sector taking the lead here.
Reply | Post Message | MESSAGES LIST | START A BOARD

Susan Fourtané 8/23/2017 | 8:00:00 AM
Blockchain to protect food supply This is very interesting. I hope Blockchain technology will work as they expect to solve those problems in the food supply chain. The salmonella outbreak with papayas sounds terrible. You think you are safe eating something healthy and all of a sudden you find yourself with such unwelcomed surprise. Yiks!
Reply | Post Message | MESSAGES LIST | START A BOARD
EDUCATIONAL RESOURCES