Google vs. Apple: When Your Computer Breaks, Where Are You Better Off?

Which is better for personal disaster recover: Google Cloud or Apple?

That was the subject that came up in recent conversation over drinks with a couple of colleagues.

I represented the Apple purists. My everyday computer is a 2015 MacBook Air. My phone is an iPhone 7 Plus. I've got an iPad mini and I love my AirPods.

"S" loves Chromebooks. He dual-boots them into Linux. He praised his Chromebook Pixel. It's feather-light and gets a 7-hour battery charge, he said.

That had me sitting up and taking notice. My MacBook Air gets about four hours if I nurse it. 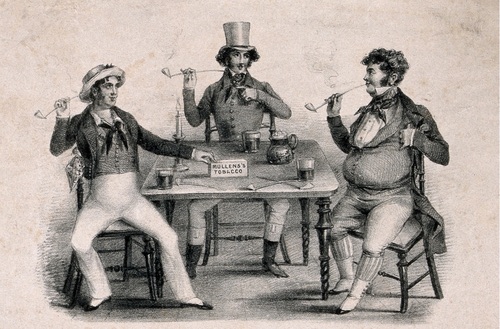 S said he was on a trip one time and didn't have a notebook with him. No problem! He went to a consumer electronics store, bought a cheap Chromebook, logged into Chrome and in moments he had all his documents and favorite apps right there on his desktop. Thank you, Google cloud!

Also present: "F," who switches regularly from one platform to the next, so he can be familiar with everything. He said he doesn't have a preference. When I saw him working earlier, he'd been using a Microsoft Surface.

Like S, F relies on Chrome and the Google cloud too, to keep his information synchronized when he's switching hardware platforms.

I had to remain silent. Apple doesn't provide inexpensive options. If my MacBook Air failed -- and they do fail, everything does -- I'd be in trouble. I can't afford to be without a computer for days.

Apple's gotten pretty good in the cloud, but only when it comes to syncing between Apple devices. Several apps I use daily rely on iCloud to sync between my multiple devices and to back up their data.

I thought about that gloomily for a day and then I brightened: If the MacBook Air fails I'd just run to the Apple Store and get myself one of those new 10.5" iPad Pros, with the Smart Keyboard and Pencil. I could be up and working with that!

So, like the Chrome fans, we Apple users can rely on the cloud for disaster recovery if we're out on the road. I was pretty happy about my solution.

I said it was a solution. I didn't say it was a good one.

Joe Stanganelli 7/2/2017 | 12:32:01 AM
Re: Personal @maryam: The nice thing about that, though, is that you have to make good decisions about what to backup. There are plenty of data that you can afford to lose (and probably should). If EVERYTHING gets backed up automatically and in real time, sure you have the backups, but beyond that, all you're doing is scaling up your complexity.
Reply | Post Message | MESSAGES LIST | START A BOARD

JohnMason 6/30/2017 | 4:01:43 PM
Re: Personal Was that an Apple laptop? I have to say that it is great that my iPad offered to back up my iPad automatically, right out of the box. If it breaks down, I just download the backup image from Apple's cloud to the new iPad. I also have a personal, private cloud that I access via my iPad, so everything is in place without skipping a beat if I need a new tablet (iPad, that is).
Reply | Post Message | MESSAGES LIST | START A BOARD

[email protected] 6/30/2017 | 2:52:08 PM
Re: Personal Joe, it's a backup that is far from real time and that only save you if you are in a failure mode and the rebuild time is lengthy. I am still trying to find the time to port the files from my cloud backup to a new laptop I bought over the holidays!
Reply | Post Message | MESSAGES LIST | START A BOARD

[email protected] 6/29/2017 | 1:30:48 PM
Re: Personal It's true that some providers of the cloud are also using the same technique I use a backup service that takes days to restore your data yes days It's far from user-friendly and the storage costs are high. They said nothing about the time to store and retrieve your data in the initial sales pitch.
Reply | Post Message | MESSAGES LIST | START A BOARD

Joe Stanganelli 6/28/2017 | 9:30:56 PM
Re: Personal @mhh: You just touched on one of the inherent problems with SaaS. With local software, you can simply stick with what you have -- and perhaps even stubbornly refuse to upgrade to changed features. With SaaS, however, you're stuck with whatever features -- and lack thereof -- that they may give you or refuse you with minimal to zero notice, on a whim.
Reply | Post Message | MESSAGES LIST | START A BOARD

Joe Stanganelli 6/28/2017 | 9:29:05 PM
Re: Personal @mhh: For PCs, it's the same thing for service as it is for the products themselves. If you want good service, you have to shell out for enterprise-grade. Otherwise, you're getting bottom-of-the-barrel service, generally.