"Forseti gives us visibility into the GCP infrastructure that we didn't have before, and we use it to help make sure we have the right controls in place and stay ahead of the game," according to Spotify engineers, in a post on the Google Cloud Platform blog scheduled to go live Friday, which Google sent to Enterprise Cloud News in advance.

The blog post continues, "It helps keep us informed about what's going on in our environment so that we can quickly find out about any risky misconfigurations so they can be fixed right away. These tools allow us to create a workflow that puts the security team in a proactive stance rather than a reactive one. We can inform everyone involved on time rather than waiting for an incident to happen." 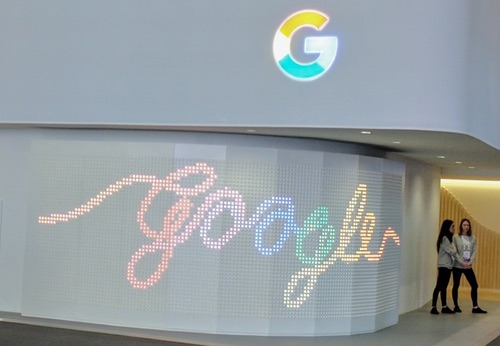 Google booth at Mobile World Congress in Barcelona this year.

The tools help Spotify's security team "to be a business enabler, rather than a blocker to getting things done," the Spotify engineers say.

The post concludes with a call to join the Forseti community.

Security is becoming a bigger issue for enterprises after a series of break-ins and attacks, culminating with the recent Equifax hack that compromised records for up to 143 million people. (See Equifax Breach Won't Be the Last or Worst.)

kq4ym 9/22/2017 | 12:22:06 PM
Re: GCP The tie-in between Google and Spotify along with the benefits of getting the expertise to run the cloud, allows some cross-publicity as well, as seen here and other places the brands build their names and products through the interactions between the two.
Reply | Post Message | MESSAGES LIST | START A BOARD

Because, I suppose, they expressly don't want to be in the private cloud business.

danielcawrey 9/16/2017 | 1:19:24 PM
GCP I didn't even know Spotify was working with Google Cloud Platform. Why is it they don't build their own private cloud? Maybe it's because Google is giving them the tools they need to keep the business running optimally.
Reply | Post Message | MESSAGES LIST | START A BOARD
EDUCATIONAL RESOURCES