Forcepoint is taking a user-centric approach to cloud security, analyzing activity to find users -- and malware masquerading as users -- that threatens the enterprise.

"It's about understanding the human interaction with technology and understanding why a user is moving data," Aaron Smith, Forcepoint senior product manager for cloud security, tells Enterprise Cloud News. "Not all threats will be outside the perimeter. Some of them will be inside."

To that end, Forcepoint announced on Tuesday that it is adding new capabilities to its suite of cloud security products.

The company upgraded its Web Security product with its Cloud Application Security Broker (CASB) to add discovery and reporting of users making unsanctioned use of cloud applications and services -- known as "shadow IT."

Forcepoint enhanced Data Loss Prevention (DLP) security analytics for web and email to include incident risk ranking, to classify the seriousness of data leaks -- incidents where confidential or proprietary data leaves the enterprise by email or other Internet channels.

And it integrates malware detection with the CASB for cloud services such as Microsoft Office 365 OneDrive, Google G Suite, and Box 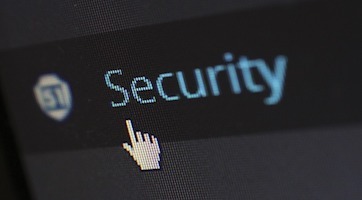 Smith noted that not all breaches detectable by Forcepoint are malicious -- some of them can be caused by employees circumventing security just to get their jobs done, for example, emailing work files to external accounts. That sort of behavior can still result in security problems, however.

While the WannaCry ransomware -- an external threat -- is generating security headlines today, internal threats are a big deal. In financial services and healthcare in particular, insiders accounted for well more than half of attacks, according to the IBM X-Force Research 2016 Cyber Security Intelligence Index. Overall, some 25% of attacks are conducted by insiders, according to the Verizon 2017 Data Breach Investigations Report. (See WannaCry Continues at a Slowed Pace and Cyberespionage, Ransomware Top 2017 Verizon DBIR.)

Forcepoint is reacting to a reality of today's threat environment -- perimeter security isn't enough. Enterprises don't even have a perimeter anymore, with data traveling from on-premises to the cloud, users hooking up personal devices to the company network, customers and partners making connections, and software-as-a-service (SaaS) applications such as Salesforce and Microsoft Office 365 essential to doing business.

Security vendors such as Cisco, Nuage and VMware are touting microsegmentation as a solution -- using network virtualization to divide the network into many compartments, with security barriers between them to prevent the spread of infection.

JohnMason 5/29/2017 | 3:16:17 AM
Re: Sublte There were issues when the people involved were not available. There were no backup people. That's where the job security figured in.
Reply | Post Message | MESSAGES LIST | START A BOARD

Michelle 5/28/2017 | 2:42:09 PM
Re: Sublte @John Were there ever any issues with the startup sequence requirement? I assume they had enough back up folks that could handle the process if one of the main folks was out.
Reply | Post Message | MESSAGES LIST | START A BOARD