The United States Air Force's $1 billion contract to move 776,000 users to the cloud for collaboration is just the beginning of how the service arm can take advantage of the cloud, according to a Dell EMC executive. 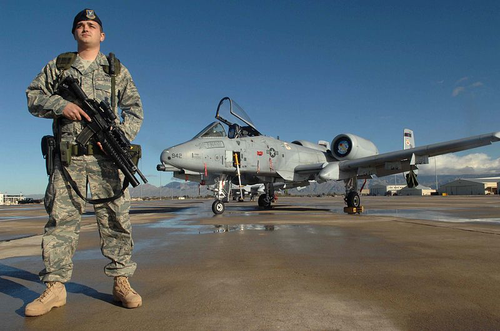 Collaboration Pathfinder and CHES could be just the beginning for the Air Force, which can build private clouds on-premises, and use the open APIs of Office 365 to connect to the public cloud for a hybrid cloud services, Chehreh says.

Dell is prime vendor on the contract and is supplying servers, storage and networking to Microsoft's government cloud, which is providing Office 365 services. General Dynamics is the fifth-largest defense contractor in the world.

[email protected] 9/29/2017 | 9:43:22 PM
Re: Efficiency and cost reduction Yes the deployment will be interesting because it could become the standard for other branches of the military if successful It will undoubtedly be complex on many different levels beyond just the technology aspect.
Reply | Post Message | MESSAGES LIST | START A BOARD

[email protected] 9/26/2017 | 1:59:47 PM
Re: Efficiency and cost reduction True security is always an issue but it should not stop getting the best solution if our military could benefit through efficiencies with the cloud --security should be managed as another factor in implementation.
Reply | Post Message | MESSAGES LIST | START A BOARD

kq4ym 9/25/2017 | 8:07:52 AM
Re: Efficiency and cost reduction The collaboaration on this project does seem like an immensely complicated one or at least could be if not well coordinated between the companies. But getting one of the largest contracts ever off the ground for the Air Force will be interesting to watch.
Reply | Post Message | MESSAGES LIST | START A BOARD

danielcawrey 9/24/2017 | 11:55:29 AM
Re: Efficiency and cost reduction Everyone needs collaboration - especially the government.

[email protected] 9/22/2017 | 1:23:50 PM
Efficiency and cost reduction It is a step in the right direction, when I review our national budget I am always floored by the dollar amount used to maintain our military. Automation upgraded systems and better technology have got to help drive down costs long term and hopefully improve efficiencies. Hopefully, other branches of our military will be able to leverage technology to address weaknesses and address the cost.
Reply | Post Message | MESSAGES LIST | START A BOARD
EDUCATIONAL RESOURCES