ShiftLeft is an alternative to finding vulnerabilities and attacks as they crop up and defending against them. Instead, ShiftLeft's service, launched Wednesday, scans application and microservices source code to determine how an application should work.

Then ShiftLeft deploys customized runtime agents that watch application behavior and block unexpected activity that could indicate an attack. 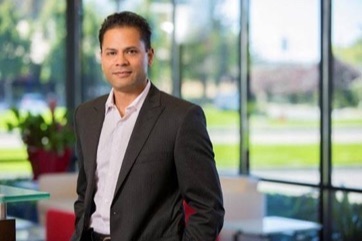 ShiftLeft's Manish Gupta
Keep up with the latest enterprise cloud news and insights. Sign up for the weekly Enterprise Cloud News newsletter.

ShiftLeft came out of stealth mode Wednesday, after raising $9.3 million.

The name comes from the company's philosophy -- shifting security left in the application and microservices deployment process.

Gupta was previously head of products and strategy for security provider FireEye Inc. , and before that worked on Cisco Systems Inc. (Nasdaq: CSCO) and McAfee Inc. (NYSE: MFE)'s security business, with 15 years experience in the security field. That experience has given him the perspective to see where conventional security is lacking, he says.

"By focusing on threats, security is inherently reactive," Gupta says. "We are essentially giving the first move to the bad guy."

The shift of enterprise software to the cloud gives an opportunity to change the way organizations approach security, and change who's responsible for providing that security, Gupta says. Previously, enterprises licensed software from third-party vendors, and ran that software on the enterprise's own premises. The enterprise didn't have access to software source code, and therefore couldn't completely protect itself.

But now, more and more applications are provided as software-as-a-service (SaaS), or as open source or custom software running in a private or managed cloud. The organization that runs the software has access to source code, and can use that source code as the basis for ShiftLeft scan.

ShiftLeft's Series A funding, announced Wednesday, comes from Bain Capital and Mayfield , and from individual investors.

And it's the basis for the security component of Cisco's "network intuitive" strategy. (See Cisco's 'Network Intuitive': A Risky Transition.)

But Gupta says its service is different because it operates earlier in the application lifecycle, looking at the source code to determine correct behavior rather than watching the application after it's already deployed.

danielcawrey 10/12/2017 | 2:54:05 PM
Experience With all of that security experience, it would seem like ShiftLeft has a really solid strategy on how they can help with security.

IT security is going to continue to grow. It's a huge business vertical.
Reply | Post Message | MESSAGES LIST | START A BOARD
EDUCATIONAL RESOURCES