The Cloud Native Computing Foundation (CNCF) is planning on adopting two closely related open source security projects that aim to add an extra layer of protection to containers and the application that run inside them.

CNCF is best known for hosting and promoting the Kubernetes container management and orchestration platform, which Google developed. The organization is overseen by the Linux Foundation. (See What If Kubernetes Is One Big Google Conspiracy?)

However, in addition to Kubernetes, CNCF is known for hosting other projects as well. On October 24, the organization is pressing ahead by adopting two closely related open source security projects centered around containers. 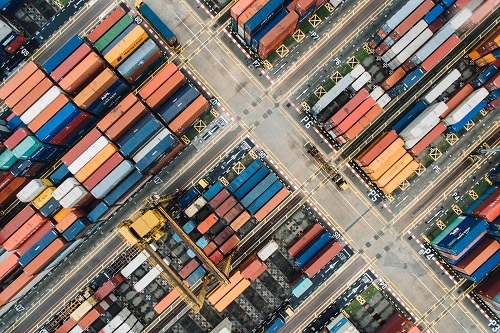 These two security projects include Notary, which was developed in-house by Docker and The Update Framework (TUF), which was created by New York University professor Justin Cappos and his team at the school's Tandon School of Engineering. These are the 13th and 14th projects hosted by CNCF.

The two are related since Notary is based on TUF.

Docker engineers first developed Notary in 2015 as a way to provide security for container image updates. Specifically, Notary provides a layer of trust between a client and a server since it helps create, manage and distribute the metadata and ensure the integrity of the content that is being created.

As Docker senior engineer David Lawrence noted in a statement on Tuesday:

In a developer's workflow, security can often be an afterthought; however, every piece of deployed code from the OS to the application should be signed. Notary establishes strong trust guarantees to prevent malicious content from being injected into the workflow processes. Notary is a widely used implementation in the container space. By joining CNCF, we hope Notary will be more widely adopted and different use cases will emerge.

The other project, TUF, dates back to 2009 when Cappos first began developing the software.

TUF is part of a bigger software distribution framework and provides a layer of resilience in the case of a server being attacked and compromised. Here, the software uses cryptographic keys so that engineers can sign and verify what they are looking at. If a server is attacked, TUF ensures that the whole project won't be affected since each piece has to be verified during the development process.

Taken together, these two projects can help in issues such as creating DevOps environments with multiple developers working on different parts of an application. As applications move from container to container and cloud to cloud, adding this type of trust and security into the process could ensure the integrity of the final application.

In addition to containers, TUF is finding a home in other fields looking to create a more secure environments for development such as the auto industry, according to the CNCF announcement.

The CNCF made these two announcements at the Open Source Summit Europe conference in Prague.

Phil_Britt 10/28/2017 | 9:17:12 AM
Re: Just in time It may be "not a moment too soon," but security never a one-and-done process. Security will need to continue to evolve as the threats continue to evolve.
Reply | Post Message | MESSAGES LIST | START A BOARD

Joe Stanganelli 10/24/2017 | 2:15:29 PM
Just in time Not a moment too soon, if the recent State of Cloud Security report from Threat Stack is to be believed. It reports that nearly 60% of respondents have significant trouble meeting security/privacy/compliance requirements with cloud, and 94% report that containerization is has a negative impact on their security.
Reply | Post Message | MESSAGES LIST | START A BOARD
EDUCATIONAL RESOURCES