Amazon Web Services is reportedly eyeing a deal to acquire Sqrrl, a big data analytics startup that could help the cloud provider add an additional layer of security to its public cloud.

The deal, which is reportedly worth more than $40 million, was first reported by Axios on December 17. However, neither company responded to calls for comment. 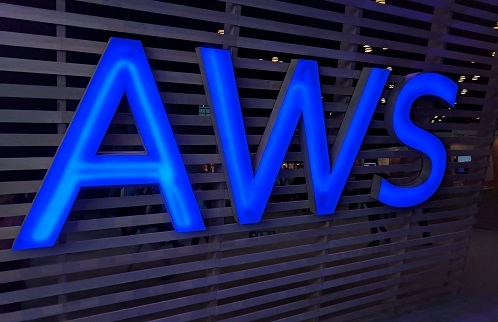 Sqrrl, which is based in Cambridge, Mass., was founded in 2012 and has been developing big data analytics to help detect, investigate and visualize a host of different security threats. The company's platform helps to automatically detect patterns in the data and through its visualization tool, allows companies to assess the threat and take action.

The company's founders previously worked for the NSA, according to Axios.

Since its founding, Sqrrl has managed to raise about $26.5 million in funding, according to CrunchBase.

While AWS is considered the leading provider of public cloud services, dwarfing its nearest rivals Microsoft Azure and Google Cloud , the company continues to add features into its platform.

Specifically, AWS has been adding layers of security to the cloud. The latest addition is GuardDuty, which analyzes API calls and network activity across accounts to establish a baseline of so-called "normal" account activity. (See AWS GuardDuty Looks to Lock Down Cloud Security .)

With features such as GuardDuty, as well as the possible acquisition of Sqrrl, AWS is looking to use technologies such as automation, machine learning, as well as analytics, to add security to its cloud, as well as a layer of automation that will take some of the cybersecurity out of the hands of customers.

In a recent report, NSS Labs found that cloud security is a shared responsibility between the cloud provider and the customer, but, at the end of the day, it's the enterprise that is ultimately responsible for securing the data of its own customers. (See Cloud Security Is an Enterprise Responsibility  Report.)

The benefit to what AWS is doing is that it shoulders a greater deal of that responsibility within its own cloud infrastructure.

[email protected] 12/27/2017 | 8:51:26 PM
Re: AWS Ariella yes, unfortunately, its a fact of all corporate jobs today. Even in what is considered a great market I still know so many who live in fear of losing their jobs. They don't worry so much about getting another job but about recapturing their salry in our now wage growth environment, for many its a daily worry.
Reply | Post Message | MESSAGES LIST | START A BOARD

@Maryma yes, and emplyees who have done a good job for years can suddenly find themselves redundant through no fault of their own. Unfortunately, we have seen quite a number of job cuts even in companies that aren't merging just because of shifting market demands.
Reply | Post Message | MESSAGES LIST | START A BOARD

[email protected] 12/26/2017 | 12:51:50 PM
Re: AWS Ariella I agree when acquisitions happen employees quickly lose their utility.  I have always been wary of those environments they are not conducive to career growth because there is so much cutting and refining in place. They are very utilitarian until the results of the acquisition are determined.
Reply | Post Message | MESSAGES LIST | START A BOARD

kq4ym 12/26/2017 | 8:45:35 AM
Re: AWS Noting that the " founders previously worked for the NSA," I would guess there's going to be some AWS collaboration with that agency, which of course won't necessarily be public knowledge. Although we can presume there's already some activity already ongoing and the addition of this deal and the expertise in security will be a good addition to the business plans at AWS.
Reply | Post Message | MESSAGES LIST | START A BOARD

Ariella 12/23/2017 | 10:54:14 PM
Re: AWS @Maryam True, and often the workers are the caualties of such integration, as the company that takes over tends to find redundancies between its original and the acquired staff.
Reply | Post Message | MESSAGES LIST | START A BOARD

[email protected] 12/22/2017 | 11:26:20 PM
Re: AWS Ariella acquisitions are always tough because the devil in the integration. Sometimes they cause more problems than they solve. It usually takes some time to determine the integration and it can at times be better to use the knowledge gained to build your own solution. time will tell if that's the strategy Amazon uses or if they find a way to integrate the acquisitions without disruption
Reply | Post Message | MESSAGES LIST | START A BOARD

danielcawrey 12/20/2017 | 9:00:16 PM
Re: AWS Sounds like a good concept. Finding patterns in data is a tough slog but if Sqrrl is able to accomplish this task the opportunity is tremendous. I'm not sure how this would fit with AWS other than that Amazon as a larger entity could certainly use this on the retail side.
Reply | Post Message | MESSAGES LIST | START A BOARD

Ariella 12/20/2017 | 10:30:53 AM
AWS Do you think that AWS is going to be snapping up a number of startups like some other big names in tech? Or would this be a one-off?
Reply | Post Message | MESSAGES LIST | START A BOARD
EDUCATIONAL RESOURCES