Amazon Web Services is looking to expand its security services and tighten ties to the government with the acquisition of Sqrrl.

Sqrrl CEO Mark Ternzoni reported the acquisition in a brief announcement to the company's home page this week.

The two companies didn't disclose specific financial information about the deal, but Axios reported its worth at more than $40 million in December. (See AWS Reportedly Eyeing Deal for Big Data Startup Sqrrl .) 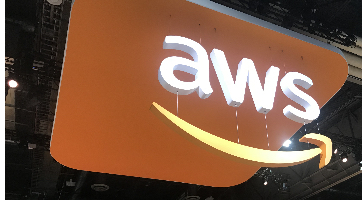 Amazon Web Services Inc. has been stepping up its security game. It announced the Macie security service in August, based on technology from startup Harvest.ai, which Amazon acquired.

The NSA open sourced database software called Accumulo in 2011, and a group from the core Accumulo team founded Sqrrl in 2012, based in Cambridge, Mass., with capital from Spring Lake Equity Partners, Matrix Partners, Rally Ventures and Accomplice.

[email protected] 1/30/2018 | 12:19:00 PM
Re: Postioning Yes and even though the issue may have been user error it is still pinned on Amazon. Making security a priority will be a necessity in creating domination in the market I expect more enhancement are on the way either build or buy.
Reply | Post Message | MESSAGES LIST | START A BOARD

kq4ym 1/30/2018 | 9:46:33 AM
Re: Postioning To keep its lead over the competition, even though a big lead at this time, Amazon's partnerships in finding new security solutions will be an evermore important aspect of their business for years to come.
Reply | Post Message | MESSAGES LIST | START A BOARD

Joe Stanganelli 1/29/2018 | 11:52:57 PM
Re: Postioning @maryam: ...particularly because of the bad press they've gotten lately over some clients not knowing how to configure their S3 buckets properly (and paying for their mistakes).
Reply | Post Message | MESSAGES LIST | START A BOARD

[email protected] 1/26/2018 | 6:46:09 PM
Postioning Not surprising as Amazon seeks cloud domination any increase in security that they can advertise will give them an advantage. It will be interesting to see how the integration plays out and how the benefits are positioned in the marketplace.
Reply | Post Message | MESSAGES LIST | START A BOARD
EDUCATIONAL RESOURCES
sponsor supplied content
IDC Whitepaper: Key Considerations When Operationalizing Artificial Intelligence Strategy
Design Guide: best-in-class hybrid IT infrastructure with AWS Outposts
Blueprint: optimize data exchange with AWS Outposts
Ericssons Cloud RAN e-book: A comprehensive guide to adopting, deploying, and scaling virtualized 5G in your networks
The Four Key Components of Cloud RAN
How to get the most out of 5G mid-band in Cloud RAN
QCT Introduces New Innovative Family of Edge Servers for the Telco Marketplace.
TOOL - Interactive Experience: Learn how to Evolve your Architecture and Monetize Next Generation Metro and Edge Networks
Whitepaper  Achieving IP/Optical Convergence: Building from Existing Networks
Executive Guide  Enabling Next-Generation Metro and Edge Networks for Communications Service Providers
Educational Resources Archive
More Blogs from Wagners Ring
Podcast: Don't Call Us an SD-WAN Provider  Cato Networks