Google plans to commission three undersea cables next year, and bring five new data centers online starting in the first quarter of this year, as it says it has spent $30 billion improving its infrastructure over three years.

Next year Google will commission three subsea cables: one named Curie, a private cable between Chile and Los Angeles; Havfrue, a consortium cable connecting the US to Denmark and Ireland; and the Hong Kong-Guam Cable System (HK-G), a consortium cable interconnecting major subsea communications hubs in Asia, Sloss says.

Google touts its global network as a major selling point to cloud customers. By providing its own network, it says it can assure enterprises the connectivity, security and reliability they need to run their business on the cloud. 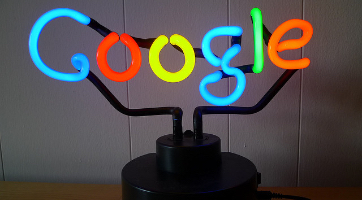 "Curie will be the first subsea cable to land in Chile in almost 20 years," Sloss writes. "Once deployed, Curie will be Chile's largest single data pipe. It will serve Google users and customers across Latin America."

Google is building the Havfrue -- Danish for "mermaid" -- cable in partnership with Facebook, Aqua Comms and Bulk Infrastructure. It will be built by TE SubCom and will come online by the end of next year.

And the HK-G cable is being built in conjunction with RTI-C and NEC. "Together with Indigo and other existing subsea systems, this cable creates multiple scalable, diverse paths to Australia, increasing our resilience in the Pacific. As a result, customers will experience improved capacity and latency from Australia to major hubs in Asia. It will also increase our network capacity at our new Hong Kong region," Google says.

Google has direct investment in 11 cables, including planned and under construction, and leases capacity on additional cables, Sloss says.

Ariella 1/23/2018 | 10:02:24 AM
Re: cables @kq4ym the second possibility is an intriguing one, especially in light of the number of projects that Google has abandoned as failures.
Reply | Post Message | MESSAGES LIST | START A BOARD

kq4ym 1/23/2018 | 9:57:38 AM
Re: cables That's an interesting question. I wonder if Google does have some sort of at times "arbitrary" time line, that it lives or dies upon? If a project takes three years and doesn't pan out, it's done. Or maybe even a thought that if the project takes longer than x number of years from startup to completion, it's a failure and terminated.
Reply | Post Message | MESSAGES LIST | START A BOARD

kq4ym 1/20/2018 | 10:11:02 AM
Re: cables I wonder how the cable locations where chosen. Seems curious about the Chile one in particular. But, quite historic in any event as it's claimed as the " first major non-telecom company to build a private intercontinental cable."
Reply | Post Message | MESSAGES LIST | START A BOARD