The push to cloud computing, by enterprises and service providers, is lighting a fire under the SD-WAN market, which could be worth more than $1.6 billion in revenues by 2021, according to a new industry forecast.

Analyst firm Futuriom is predicting the market for SD-WAN tools and associated network-as-a-service (NaaS) offerings will grow rapidly during the next four years to be worth more than $1 billion in 2019 and more than $1.6 billion in 2021. 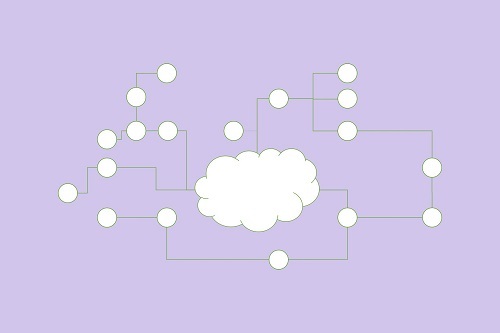 Enterprises of all sizes, as well as cloud service providers, are investing in SD-WAN for different reasons, according to Futuriom's R. Scott Raynovich.

"Enterprises are buying SD-WAN, either as a service or in a do-it-yourself mode, to lower the capex and opex of their WANs and speed up access to cloud applications," Raynovich wrote in an email to Enterprise Cloud News. "Legacy WAN technologies such as MPLS [Multiprotocol Label Switching] generally do not address access to cloud applications. Service providers are buying SD-WAN technology platforms so that they can offer their own SD-WAN services to their enterprise customers."

The report is one of several published during the past few months that point to the growing acceptance of SD-WAN in the market. In July, IDC offered its own look at the market and estimated it could be worth as much as $8 billion by 2021. (See SD-WAN Market Will Hit $8B by 2021.)

No matter how wide the estimates, SD-WAN is on its way to the mainstream.

The Futuriom report noted that four of the five biggest players in the SD-WAN market are set to exceed $100 million in revenue by the end of 2018. These companies include Aryaka, Cradlepoint, Fat Pipe, Silver Peak and Viptela, which Cisco bought for $610 million in May. (See Cisco Looks to $610M Viptela Acquisition to Simplify SD-WAN.)

In addition, the report concludes that two out three of the privately backed SD-WAN players -- Aryaka, Cradlepoint and Fat Pipe -- could file for an IPO as soon as next year. At the same time, the study found that some of the bigger telecom operators, including AT&T, Deutsche Telekom, Telefonica and Verizon, are falling behind in their SD-WAN rollouts, which could lead to acquisitions and market consolidation.

Another reason for the growing adoption of SD-WAN, Raynovich noted, is the general maturity of the technology and the growing reliance on cloud services to reach all ends of the business.

"The sweet spot right now seems to be anything from an SMB to a larger enterprise that wants to connect many branch offices quickly at lower cost, while improving performance of cloud," Raynovich wrote.

Joe Stanganelli 8/22/2017 | 5:55:24 PM
Re: SD-WAN in Retail @Scott: Not only that, but because of the on-the-ground use of it in "legacy" business models, it has become highly visible. It's more tangible or conceivable, in a way, as opposed to the highly technical and theoretical talk concerning many other virtualized cloud topics/techs.
Reply | Post Message | MESSAGES LIST | START A BOARD

Scott_Ferguson 8/21/2017 | 10:41:59 AM
Re: SD-WAN in Retail @Joe: That's a great point and one that the report made very clear: It's a way to bring cloud services to all points of the enterprise. This means branch offices and other remote locations.
Reply | Post Message | MESSAGES LIST | START A BOARD

Joe Stanganelli 8/21/2017 | 8:27:50 AM
SD-WAN in Retail I think part of what is helping this along is SD-WAN's super-applicability to brick-and-mortar retail and other business types that rely on multiple "branch" locations. It is an advanced technology that is rather geared toward helping to bring older business types in the future -- and can be expected to thrive accordingly.
Reply | Post Message | MESSAGES LIST | START A BOARD
EDUCATIONAL RESOURCES