Big Switch has announced a $30.7 million funding round, which it says it will use for product development, hiring and geographical expansion of its software-defined networking product line.

Big Switch pioneered software-defined networking (SDN), which replaces expensive, purpose-built networking equipment where intelligence was built into hardware, with inexpensive, commodity hardware where the intelligence was built into open software, frequently open source and written to open standards. That's the same technology transition that transformed computing beginning with personal computing in the 1980s; it's standard in hyperscale cloud data centers.

After its 2010 founding, Big Switch was initially trumpeted as an up-and-coming startup that would take down Cisco. That didn't happen, and Big Switch struggled, but changed leadership, hiring Juniper veteran Doug Murray as CEO, and narrowed its focus, beginning in late 2013, to shipping SDN fabrics for cloud and network monitoring. (See Murray Leads Big Switch Into Bare Metal Battle.) 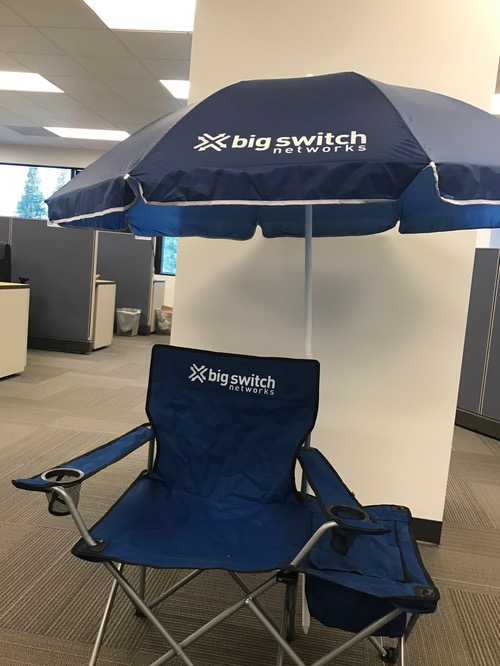 Perhaps some of the money will go to beach furniture like this.
M&A activity is turning the cloud upside down. Find out what you need to know in our special report: Mergers, Acquisitions & IPOs Are Rocking the Cloud.

While SDN was revolutionary at Big Switch's founding, nowadays it's mainstream -- sort of. It's the basis for Cisco's recently announced "network intuitive" strategy, VMware NSX, and the underlying networking fabric for the cloud. However, in the case of Cisco and other networking hardware vendors, they're marrying programmable networking software with their own proprietary hardware, rather than the initial vision of using commodity, standardized equipment. (See Cisco Makes 'Intuitive' Bet to Reconquer Networks and VMware Beefs Up Its NSX Virtual Networking.)

Mitch Wagner 7/31/2017 | 2:35:09 PM
Re: successful focus That is a good question. I expect they would widen it to some other function best handled by SDN.
Reply | Post Message | MESSAGES LIST | START A BOARD

JohnMason 7/29/2017 | 12:25:44 AM
successful focus If the company attracted additional funding, then perhaps their strategy to narrow their focus was successful. I wonder where they might begin to widen their focus, if at all?
Reply | Post Message | MESSAGES LIST | START A BOARD
EDUCATIONAL RESOURCES