Cisco & Microsoft Are Collaborating: Arista Should Be Worried

Cisco and Microsoft are collaborating on technology designed to marry the flexibility of white box switches with the performance and resilience of custom-designed hardware. That means Arista's biggest customer is talking with Arista's biggest competitor.

Enterprise Cloud News reported on this agreement Wednesday morning, but without much detail. We have more information now, but not the whole story by any means. (See Cisco, Microsoft, in 'Major,' Mysterious Cloud Deal.)

Here's what we know: Cisco and Microsoft are adapting the NX-OS operating system on Nexus 9500 switches built with Cisco's CloudScale ASICs, according to a post on the Cisco blog signed by David Goeckeler, senior vice president and general manager of Cisco's networking and security business. Also, Cisco's Nexus 9200 and 9300 switches are getting support for the Switch Abstraction Interface (SAI), an API to allow custom hardware (like the Nexus line) to run standardized software. 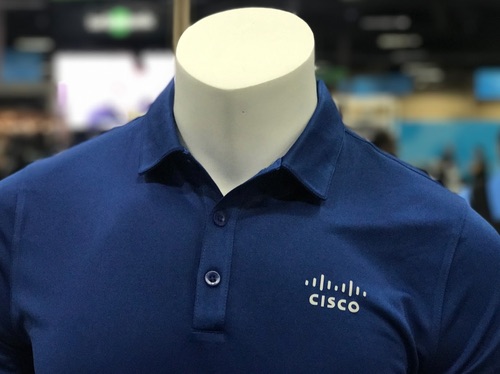 SAI is designed to give cloud operators the ability to take advantage of custom hardware for silicon, CPU, power, port density, optics and speed "across multiple platforms" while using "the same software stack across a variety of switch hardware platforms," according to Yousef Khalidi, CVP, corporate vice president Microsoft Azure Networking, as quoted in Goeckeler's blog.

In other words, run the same software across networking gear produced by Cisco and its competitors, as well as white box equipment.

Why is this a big deal? "It's a joint engagement with a pretty big cloud provider. It's a big deal for any networking provider," Thomas Scheibe, Cisco's senior director of product management, Nexus Management, tells Enterprise Cloud News.

Does this mean Microsoft is deploying Cisco switches in its Azure data centers? We don't know. Cisco declined to comment on that point.

A Microsoft spokesperson downplayed the significance, saying "the heart of the news" is that Cisco is now supporting SAI. "There really isn't anything larger beyond that piece," the spokesperson said in an email.

Still, Arista can't be loving this. Microsoft is Arista's biggest customer, comprising 16% of Arista's business last year, 12% in 2015 and 14.9% in 2014, a company spokesperson said, declining to comment further because Arista is in a quiet period.

The agreement with Microsoft comes as Cisco rolls out its "network intuitive" strategy, to build end-to-end simplified, automated networks that secure against mounting threats while managing the explosion of devices generated by the Internet of Things. (See Cisco Makes 'Intuitive' Bet to Reconquer Networks.)

danielcawrey 6/29/2017 | 5:46:01 PM
Inevitable Pretty sure this all means a tighter relationship between Cisco and Microsoft. Of course Cisco is going to want to have its switches put in place! Why else would the company even do a deal like this?
Reply | Post Message | MESSAGES LIST | START A BOARD

JohnMason 6/29/2017 | 4:44:23 PM
Biz school Well, one of the first things they taught us in biz school was to reduce your dependence on any one supplier or customer.
Reply | Post Message | MESSAGES LIST | START A BOARD
EDUCATIONAL RESOURCES