Microsoft today introduced Azure Event Grid, a service designed to help fulfill one of the promises of so-called "serverless computing." Event Grid lets developers easily write apps that communicate with cloud services in a highly efficient manner, reducing the amount of cloud services that enterprises must use -- and pay for, Microsoft says.

"Serverless" is so named because the platform lets developers ignore allocating server resources, such as compute and storage. Developers just write functions, and the platform handles allocating resources to those functions to allow them to operate.

Amazon Web Services pioneered serverless with a service it calls Lambda, and Microsoft offers Azure Functions, a serverless compute engine, and Azure Logic Apps, for workflow orchestration. Other cloud providers have their own competitive serverless services. 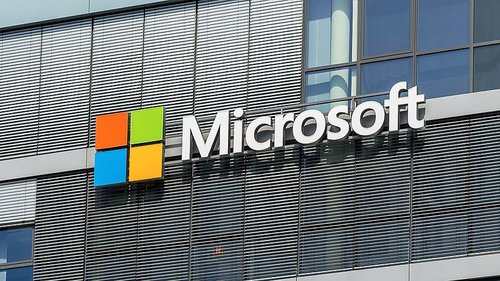 Serverless applications are reactive -- taking action when changes come in from Internet of Things devices, when a user clicks on a mobile app, or when a business process gets initiated from an app, Sanders explains.

Services, such as cloud storage, "publish" events, and other services -- known as "handlers" -- "subscribe" to them and activate when they receive notification of an event they're watching for. Event Grid can connect Azure applications and services, or software running on other platforms, such as other cloud services or on-premises and legacy applications.

For example, a handler might receive a notification when a virtual machine spins up, or a Microsoft Azure Cosmos DB database comes up, and the handler would then tag the VM, or checks the configuration of the Cosmos DB, says Bahram Banisadr, Microsoft Azure program manager, in a video embedded in Sanders's blog post.

Azure Event Grid could be used to build an app that sends a notification when a person's insulin levels goes outside of preset parameters, according to the video.

Serverless computing is designed to operate rapidly, and at scale, and paid for accordingly. For Azure Event Grid, Microsoft is charging 30 cents per million operations in introductory pricing, which will go up to 60 cents per million when the service becomes generally available.

Enterprise Cloud News rated serverless technology as underrated in a roundup of nine overrated and underrated technologies we produced in a special report.

Serverless provides lower total cost of ownership compared with virtual machines and containers, according to a recent report from 451 Research. (See Serverless Is Cheaper Than VMs, Containers  Report.)

Nonetheless, enterprises should wait before deploying serverless, in part because the technology is still immature, writes Andrew Froehlich, president and lead network architect for West Gate Networks. (See Serverless Computing: Why You Should Wait.)