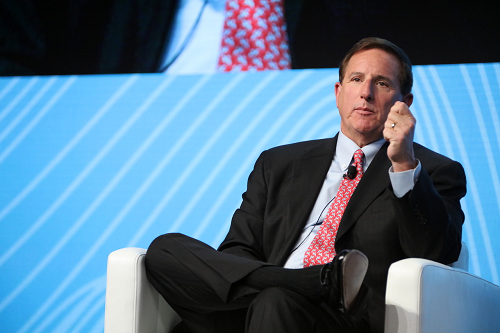 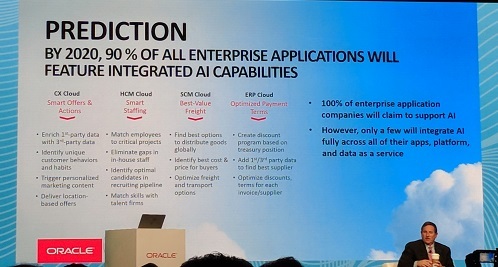 kq4ym 2/27/2018 | 12:00:14 PM
Re: AI will be everywhere...? With millions of dollars in salary and benefits to be saved by large firms, it would make some logical sense to delegate some high level decision making to AI. But realistically of course that's not going to happen any time soon or ever I would guess. But wouldn't it be a great plot for a movie?
Reply | Post Message | MESSAGES LIST | START A BOARD

kq4ym 2/15/2018 | 8:19:06 AM
Re: 2% of CEOs will be AI by 2050..? If in fact the service can provide "an autonomous database cloud and the benefits of it are zero-cost labor costs, full elasticity instantly," it would seem to be the holy grail and best thing since sliced bread. One might wonder how much of that's entirely true and at what real cost that might be, ala security and other issues.
Reply | Post Message | MESSAGES LIST | START A BOARD

Ariella 2/13/2018 | 10:00:18 AM
Re: AI will be everywhere...? @mhhf1ve Ai doesn't necessarily have to turn into automated jobs. I do agree that it will be integrated into just about everything in the very near future. Any time I interview someone about their technology that incoroporates AI, they confirm that it really is growing and advancing very rapidly. It really has the ability to transform how we get and use data in real or near real time.
Reply | Post Message | MESSAGES LIST | START A BOARD

I wonder when CEOs will say that about their own jobs? When will CEOs be "augmented" by AI? :P
Reply | Post Message | MESSAGES LIST | START A BOARD
EDUCATIONAL RESOURCES