Microsoft is establishing a new research laboratory that will tackle some of the bigger issues connected to artificial intelligence, machine learning and other cutting-edge technologies that are bound to change the enterprise over the next several decades.

While it has been talked about for several months, the software giant formally unveiled its Microsoft Research AI lab during an event in the UK on Wednesday. The lab will be located at the company's Redmond headquarters and already has about 100 researchers associated with it, according to Bloomberg.

"The group will tackle some of the hardest problems in AI and accelerate the integration of the latest AI advances into products and services that benefit customers and society," Harry Shum, executive vice president for Microsoft AI and Research Group, wrote in a July 12 blog post detailing the new lab.

The lab already has several working groups researching different areas, such as deep learning and natural language, as well as others. However, Microsoft's goal is to not develop these different areas separately, but to create a holistic approach to AI that can solve any number of problems. 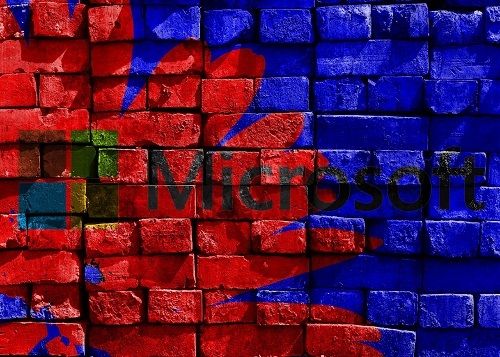 The company used the example of machine reading, where researchers would create a system capable of reading, understanding and interpreting text and then communicate what it has learned to a person. This could, as an example, help a doctor find a possible cause to a disease by looking through thousands of pages of medical records.

To create a machine reading system, researchers would need to understand deep learning, natural language and other aspects of AI to make it all work together.

"We believe AI will be even more helpful when we can create tools that combine those functions and add some of the abilities that come naturally to people, " Shum wrote. "That includes things like applying our knowledge of one task to another task, or having a commonsense understanding of the world around us."

While other companies are also doing some of this research -- specifically Alphabet, Google's parent company, which has Google Brain and DeepMind -- AI technology remains mostly theoretical and not commercial viable, yet. (See DeepMind Retires AlphaGo From Competitive Go.)

Charles King, an analyst with Pund-IT Research, believes that it's crucial for Microsoft to get into the AI game now before it's duly developed for enterprises.

"The technology isn't really there yet commercially but expected continuing advancements in technologies from the data center to the desktop will go a long way to making AI workable and affordable," King wrote in an email to Enterprise Cloud News. "Waiting for that to happen first before you begin work is a sure ticket to the minor leagues. Microsoft's announcement signals its clear intention to play in the majors."

Microsoft is also working with others to bring AI into mainstream society. The company is collaborating with the Partnership on AI to Support People and Society to create best practices for artificial intelligence technology, and Redmond also donated $2 million on Wednesday to AI for Earth, which will use AI to address environmental issues. Microsoft's money is earmarked for researchers to access cloud and AI resources.

Phil_Britt 7/25/2017 | 1:51:59 PM
Re: Productivity Call me cynical, but I see Microsoft's comments as PR speak, much like "efficiecies of scale" is PR speak for layoffs.
Reply | Post Message | MESSAGES LIST | START A BOARD

kq4ym 7/25/2017 | 8:15:37 AM
Re: Productivity It does seem Microsoft is putting some emphasis on helping mainstream society, perhaps not so much on profit as the overwhelming philosophy. Maybe a hint of that is noted when the "goal is to not develop these different areas separately, but to create a holistic approach to AI that can solve any number of problems," not the least is a humanistic point of view toward solving social problems?
Reply | Post Message | MESSAGES LIST | START A BOARD

Not saying one can't be succesful making the wrong calls -- heck, I've hit sell instead of buy once or twice on investment trades and benefitted from the mistake -- I'm just referring to the best use of capital/resources. While MS was doing well with its focus on certain business strategies, "tunnel vision" is typically a poor business strategy.
Reply | Post Message | MESSAGES LIST | START A BOARD

Ariella 7/17/2017 | 11:23:15 AM
Re: Productivity @PHilBritt some very successful people do make wrong calls. I recall one declaring Twitter of no consequence some 4 or 5 years back. He also thought Starbucks' change in logo was going to prove detrimental to the brand. So, though he was wrong on both those counts, he still knew how to land on his feet with respect to his own business interests -- oh, and he started to pay attention to Twitter for getting more exposure.
Reply | Post Message | MESSAGES LIST | START A BOARD

Phil_Britt 7/17/2017 | 10:43:01 AM
Re: Productivity Though Microsoft certainly helped with productivity, sometimes those advances kept the company from focusing on even better options -- remember when Bill Gates called the Internet a fad in the mid-1990s? So while AI is definitely a technology that will grow, Microsoft would suffer if it doesn't keep its eye on other areas that could offer it a better return.
Reply | Post Message | MESSAGES LIST | START A BOARD

Michelle 7/15/2017 | 2:00:59 PM
Re: Productivity You've got an excellent point. Perhaps they'll do something useful with AI and support. We shall see.
Reply | Post Message | MESSAGES LIST | START A BOARD

danielcawrey 7/13/2017 | 7:28:59 PM
Productivity It's important to remember Microsoft's impact on productivity in the workplace. From Windows to Word to Excel, Microsoft has improved productivity a ton. I would have to guess Microsoft might be about to help companies make even bigger productivity gains with the use of AI.
Reply | Post Message | MESSAGES LIST | START A BOARD
EDUCATIONAL RESOURCES