Google is cutting the cost of running highly parallelized compute tasks on Google Compute Engine, reducing the pricing of Nvidia Tesla GPUs by up to 36%, as competitor Amazon gears up for its cloud mega-conference in Las Vegas next week.

In US regions, each Nvidia K80 GPU attached to a virtual machine (VM) is priced at $0.45 per hour while each of Nvidia's older P100 processors costs $1.46 per hour, Google (Nasdaq: GOOG) says in a blog post announcing the change Monday.

Google says its GPU virtual machines allow users to create virtual machines with the right performance and cost for particular workloads, creating "VM shapes" with the necessary number of virtual CPUs, GPUs and memory. For fast disk performance, users can also attach up to 3TB of local SSD to any GPU-enabled VM, Google says.

Additionally, Google is lowering the price of pre-emptible local SSDs by almost 40% compared with on-demand local SSDs -- $0.048 per GB-month.

Price wars are integral to the cloud market, as cutting cost is a key factor driving enterprises to the cloud. Amazon Web Services Inc. started charging by the second for several of its different cloud services in October, to help customers control costs. Until then, AWS charged by the hour, while Microsoft Azure and Google Cloud charged by the minute. (See AWS: We Charge by the Second Now.) 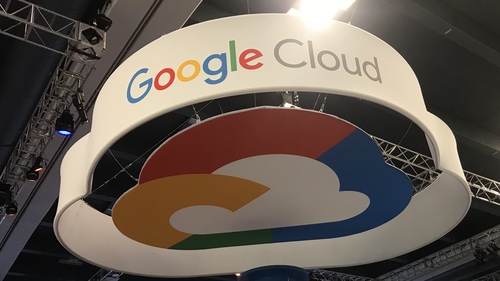 Google is striving to catch up to Amazon Web Services' enormous lead in the cloud market; AWS is not only the leader in the cloud market, it has more market share than the next five competitors combined. (See Microsoft Growing Explosively, but Amazon Retains Huge Cloud Lead.)

Amazon kicks off its annual re:Invent conference for users and partners in Las Vegas next week, where the company will likely announce price cuts and artificial intelligence advances of its own.

kq4ym 11/30/2017 | 8:37:35 AM
Re: Price wars While it's probably true that "cutting cost is a key factor driving enterprises to the cloud," one might wonder if at some point Google is doing a loss leader in order for it to achieve it's stated prediction that they will have more revenue from the cloud business than advertising in just three years. And what if a real price war develops among the big competitors?
Reply | Post Message | MESSAGES LIST | START A BOARD

Susan Fourtané 11/25/2017 | 1:07:15 AM
Re: Price wars Thank you, Mitch. Looking forward to the slideshow from the Amazon Conference, in case youve thought about taking some pictures. :)
Reply | Post Message | MESSAGES LIST | START A BOARD

danielcawrey 11/24/2017 | 6:01:13 PM
Re: Price wars Given cloud technology has become increasingly commoditized, price is really the only differentiator sometimes. And that can be a scary thing. If these companies in Google and Amazon want a race to the lowest price, it's also a race to the lowest margins. Time to start differentiating on some other things.

Susan Fourtané 11/24/2017 | 3:39:35 AM
Price wars Next week is going be very interesting in this space. Now that Google cut prices down ahead of Amzons conference next week, Amazon perhaps decides to make some extra cuts as well in response. I imagine Enterprise Cloud News will be there, so soon well know.
Reply | Post Message | MESSAGES LIST | START A BOARD
EDUCATIONAL RESOURCES