Developers can go from unboxing to first inference in less than ten minutes, AWS CEO Andy Jassy said at a keynote Wednesday.

"The goal is not to build a high-definition video camera, but rather help developers learn about deep learning and machine learning," Jassy said.

Developers can use DeepLens to familiarize themselves with machine learning by building apps. For example, DeepLens can be trained to recognize a license plate in a driveway and open the garage door for the car, or send an alert when the dog climbs on the couch, Jassy said. 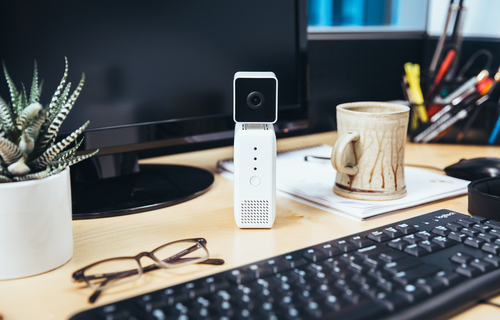 The onboard deep learning framework is MXNet, but developers can also use other frameworks, such as TensorFlow and Caffe2, according to a blog post by AWS chief evangelist Jeff Barr.

DeepLens includes a 4-megapixel camera that can capture 1080P video, with a 2D microphone array, Intel Atom processor for 100 GFLOPS of compute power, able to run tens of frames of incoming video through on-board deep learning models every second, Barr says. For connectivity, DeepLens has dual-band WiFi, USB and micro HDMI ports. It has 8GB memory for pre-trained models and code. For software, DeepLens runs Ubuntu 16.04 Linux, and is preloaded with the Greengrass Core, which includes Lambda runtime and message manager.

Google (Nasdaq: GOOG) previously introduced Clips, an AI-enabled video camera designed for consumers rather than developers. Clips captures everything, then uses AI to decide what to keep, by identifying images of interest, such as those containing the faces of people you know.

DeepLens is available t0 pre-order now, and scheduled to ship next year.