Printers are part of nearly every office space in the world. Even with the move to cloud computing and the digitalization of most documents, printers -- although sometimes overlooked and seemingly a tad old-fashioned -- remain part of the business fabric.

However, should enterprises now start thinking of printers as more than just copy machines, scanners or all-in-ones? Dr. Alissa Johnson says the answer is yes.

"Yes, I do consider printers to be part of the Internet of Things," Johnson, the chief information security officer (CISO) of Xerox, told Enterprise Cloud News during the recent Gartner Symposium & ITxpo in Orlando, Fla.

"I don't consider it [a printer] a solid network piece because it's really an endpoint. That's why I can't consider it like a firewall or a switch that is integrated with so many other things. So, I consider it, and I think Xerox considers us, as part of the Internet of Things." 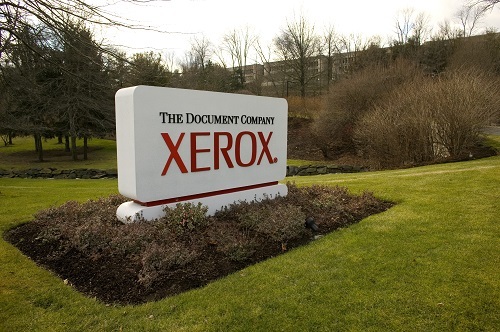 Cloud, security and IoT are some of the issues Johnson has had to consider during her career, which included a stint as the deputy CIO of the White House from 2012 to 2015.

If the printer is now part of the IoT ecosystem, it means there's plenty of customer opportunity for Xerox, including managed print services, ability to print documents from the cloud, as well as documents and workflow applications that can be sold.

"I consider the printer an opportunistic commodity," Johnson, who goes by the handle "Dr. Jay" said. "I say that because it connects based on an opportunity. It may not always be connected to the Internet. It may be connected locally. It doesn't always reach back out and say 'Do I need a firmware update?'  We are more reactive than proactive and the proactive part has to become more prevalent as we think about all these Internet of Things devices."

In addition to having an Internet connection, many printers hook into the cloud -- public and private -- and work with a variety of cloud services including Dropbox, Microsoft Office 365 and Google Drive. In addition, Johnson said many Xerox printers offer an app gallery with APIs to allow developers to create their own apps.

All of which muddles a security situation that can be overlooked.

"We have a responsibility that the connection is secure and we have encryption on there," Johnson said. "You now have to look at the printer not as taking a sheet of paper and printing on it, but instead it's a way into the cloud, the data repository, the storage networks. We have to be able to deliver that in a seamless way and a secure way."

Since security is her main concern, and printers are now on the edge of the IoT ecosystem, Johnson spends a lot of time thinking about security, including new ways to make it better. This being Xerox, she spends a lot of time at the famous PARC facility in Palo Alto, Calif., to see what researchers are working on for the future. 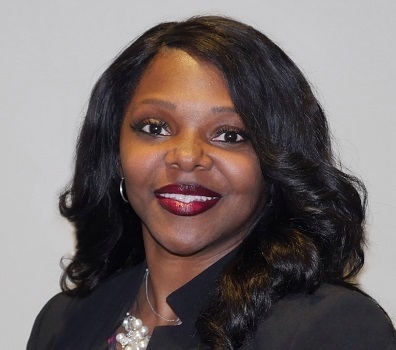 At the Gartner Symposium, Johnson talked about using blockchain as a federated system to provide more security, although she admitted the technology was not mature enough for that. (See What's Blockchain Good For?)

Other issues are artificial intelligence and machine learning, both of which were discussed at length during the show. Johnson noted how AI could help close some of the security talent gap by automating certain tasks. (See Will AI Solve the IT Jobs Shortage?)

" I think that is interesting if we allow ourselves to be disrupted by it," Johnson said. "What I mean is that a lot of the times we ask 'how do we secure AI?' instead of 'how do we empower AI in order for us to do more things in the security space?' Security people don't want machines doing things for them. We want to have all of the control and I think there's an opportunity to find the right balance and allow those engines to learn about our networks and how to do things for us."

kq4ym 10/21/2017 | 3:42:14 PM
Re: security Yes, there's a big trade-off between using AI and using real folks for keeping things secure. to "empower AI in order for us to do more things in the security space," would be an ideal but will probably suffer some bumps in the road to get humans to "trust" that machines can do a better job than they.
Reply | Post Message | MESSAGES LIST | START A BOARD

Susan Fourtané 10/19/2017 | 7:10:11 PM
Re: Printers Scott: Thats what imagine. That being Xerox a company that lives on how much or how little people print, most likely they have conducted some research about this, and have the numbers and printing curve well in place, and by region. I would love to see that. So, having studied how the future of printing will be evolving in the next few years, they are preparing/offering new services such as managed and cloud print. And yes, 3D printing is what will be increasing. Very enjoyable article with lots to think about.
Reply | Post Message | MESSAGES LIST | START A BOARD

Scott_Ferguson 10/19/2017 | 5:32:48 PM
Re: Printers @Susan: In terms of numbers, I can't say. I know that I print less than I do and store more and more information through the cloud. I'm running Microsoft's cloud storage on my laptop as I write. I think Xerox knows this too and that's my the do managed and cloud print, as a way to offer services in place of paper. However, you'll also see printers that are multi-function that scan and copy, as well as print. Rarely do you see a printer that is a just a printer anymore, unless it's a 3D printer.
Reply | Post Message | MESSAGES LIST | START A BOARD

Susan Fourtané 10/19/2017 | 5:28:44 PM
Re: Printers Scott: I was not stating but rather asking. :) Yes, I thought about the legal world, and healthcare perhaps to a lesser extent. For example, services are moving to digital billing. They even promote it saying electronic bills are better for the environment. Did you know in Estonia they have an eGovernment? For several years already they have been moving to a paper-less, digital goverment. I just became curious about how much people are printing, and how companies like Xerox are evolving because of the changes.
Reply | Post Message | MESSAGES LIST | START A BOARD

Scott_Ferguson 10/19/2017 | 5:06:44 PM
Re: Printers @Susan: I disagree there. Even in our small office we have a printer. Granted it's a smaller HP model, but still a printer/scanner/copier combo. When i worked in the corporate office of my last job there were several printers on the floor although I forget the model. Now, I will agree that printers are not needed as much anymore, but I think you can't get throw all them out either. Think about the legal world, where everything has to have a hard copy. Healthcare also still relies on print. Also, Xerox knows some of this and that's why you see talked about managed print services.
Reply | Post Message | MESSAGES LIST | START A BOARD

Susan Fourtané 10/19/2017 | 5:12:12 AM
Printers This let me thinking about the current market for printers. Scott, you say there is a printer in nearly every office around the world. However, I havent seen a printer in ages, or have printed a document. Perhaps this is not significant. Or perhaps it is if this is also the case of many other people? Do you happen to know anything about this? Most likely Xerox has stats about the current market for printers. With the cloud, digital documents, and digital signatures I wonder how many people/organizations really need a printer that much. Especially with the paper-less movement, at least in Europe.
Reply | Post Message | MESSAGES LIST | START A BOARD

Ariella 10/17/2017 | 10:18:58 AM
Re: security @Scott yes, I don't think it makes sense to object to automation for security. It's the only way to be able to implement it effectively on a very large scale.
Reply | Post Message | MESSAGES LIST | START A BOARD

Scott_Ferguson 10/17/2017 | 10:09:15 AM
Re: security @ariella: I think it's a bit of both. If you don't trust it and tell people you don't trust it then it can't replace you within the organization. I think what she was talking about is that there is such a great need for security expertise that she as a manager can't meet it. Thus try and automate parts of the process. I think people see that as a threat but also can you trust a machine to do what has been a people process.
Reply | Post Message | MESSAGES LIST | START A BOARD

Ariella 10/17/2017 | 9:59:07 AM
security <Security people don't want machines doing things for them.> That observation struck me. Why not? Do they not trust the machines, or are they afraid these machines will make them redundant?
Reply | Post Message | MESSAGES LIST | START A BOARD
EDUCATIONAL RESOURCES