As with many Fortune 500 companies, Stanley Black & Decker grew through a series of mergers and acquisitions over decades. In 2009, a merger brought together the two brands Stanley and Black & Decker -- along with DeWalt -- to form the current company, which makes a wide range of hand, power and industrial tools.

Along with the growth came a multitude of different IT systems, which were inherited and sometimes forgotten. There were multiple contracts with SAP AG (NYSE/Frankfurt: SAP) and Salesforce.com Inc. , for instance. Gass, who previously worked at Dell Technologies (Nasdaq: DELL) and NCR Corporation, immediately started to investigate what was living inside the network. 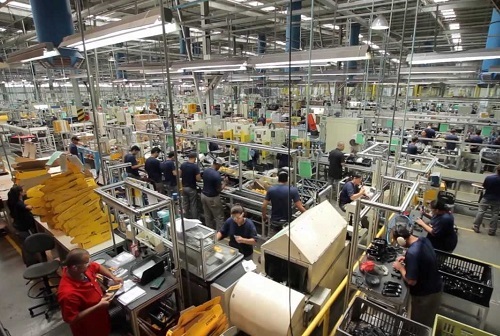 "When I came in to inventory the IT assets, it was quite surprising," Gass told Enterprise Cloud News in a recent interview. "No. 1, it was very difficult to do the inventory and find everything. Over the five years that I've been there, [we] have gotten pretty good at putting the CMDB in place, and to find some underpinnings that allow us to look at the technology footprint for the company."

Now, Stanley Black & Decker has about 12,000 applications, many of them in the cloud in a form of software-as-a-service. Under Gass, the company has also embarked on a multicloud strategy to help streamline its infrastructure.

Then there are the factories.

The importance of IoT
The company plans to build Internet of Things (IoT) capabilities in about 80 different facilities over the next five years as part of CEO James Loree's plan for a digital transformation. Already it has what Gass calls "lighthouse" facilities that serve as a beacon or example of what is possible.

The goals for the company's IoT and digital transformation are twofold. The first is to automate much of the process, which can help improve several different areas, including quality control. The second is to harness all the data flowing through the factories every day, and then use that data to find new efficiencies and advantages in the market.

As Gass describes it:

We already have sensors on a lot of our equipment, and what we need to do now is integrate that equipment and tie the workflow, if you will, across all of the different machines, and all of the different tooling in order to optimize it. While also looking at the skill-set changes that we need as you automate, not only for our site-support types who are in the IT organization, but also the manufacturing and engineering personnel. So there's a multi-pronged planning effort, if you will, underway.

When it comes to automation, Gass notes IT has been trying to automate back-end systems for years, and developments such as the cloud, in-memory computing, robotics and artificial intelligence are moving more and more companies in that direction at a much faster rate.

"We've done lean manufacturing for years and have been very much focused on eliminating waste, improving working capital turns," Gass said. "And again, all of this automation, and the sensors, and the artificial intelligence can be applied there as well, and we're figuring out how to do that."

Right now, these lighthouse factories are very much in the experimental stage to show what the "art of the possible" is for the company, Gass said.

Data insights
For instance, in Atlanta the company has developed a team, called Digital Accelerator, which works with the IT department, as well as the businesses units, and has been creating an Amazon Web Services-based data lake. 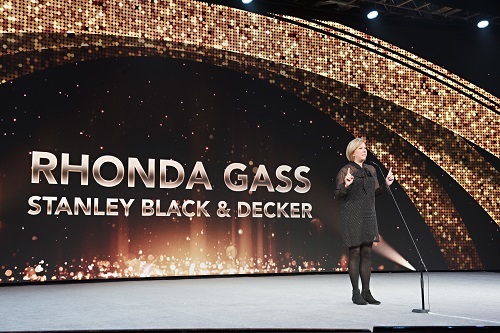 Currently, the team has been able to gather information for the data lake and is ready to move out of the exploratory phases and into a production environment to gain greater insights.

"That's part of that planning that we're putting in place around what our data lake production capability would be -- to service and support those factories," Gass said. "We've kind of envisioned an ongoing exploration, and then moving that into a production environment to run the operation in the current rev, while you continue to experiment. It's a very different approach from a traditional approach to do this project."

However, with any emphasis on IoT comes concerns about security, and who has access to data at any given time, especially when data lakes are being created. Add to those concerns new rules such as the European Union's General Data Protection Regulation (GDPR), which takes effect in May, and security becomes an even greater concern.

For someone in Gass's position, hooking an industrial-scale, toolmaking machine with a 30-year lifecycle into the Internet carries a unique set of concerns on the road to IoT.

These machines, such as a stamping machine, run on a 30-year lifecycle, which is very confined, and which may be running a very old operating system. That doesn't really matter if you patch it or not because it's not going anywhere. It's just kind of sitting there running. But if it's IoT-enabled, it's now something that needs to be patched more frequently on the same scale as your data center environment. Are the vendors that provide that equipment ready to adopt the new world of being on the Internet, or being connected, and ensuring the cybersecurity concerns?

This emphasis on IoT, including the security concerns, does not stop on the factory floor.

In fact, it extends to Stanley Black & Decker's customers as well. After all, if the factory is IoT-enabled, why can't individual tools and equipment be hooked into the Internet, too? These are the challenges that Gass and her team are willing to think hard about over the next several years.

"We're traditionally a mechanical/electrical engineering company, and we're now adding software skill-sets into our products," Gass said. "We're delivering IoT-enabled drills, or Bluetooth-enabled drills. What are the concerns around cybersecurity in that space that our traditional engineers are not used to thinking about? The IT group is assisting in helping put some of those policies and practices in place as well."

Michelle 1/31/2018 | 11:19:41 PM
Re: Connected construction Do you still listen to your old cassettes? I regret thowing some of mine out (not that I had many). I agree that Pandora isn't so wonderful. Commercial free streaming music on Amazon is pretty nice.
Reply | Post Message | MESSAGES LIST | START A BOARD

Michelle 1/31/2018 | 11:17:59 PM
Re: Connected construction I didn't like streaming or podcasts when they were new, but now I enjoy the convenience of streaming music. How often do you go back to your CDs now? We look at our old CD collection when it's time to dust the cabinet they're stored in.
Reply | Post Message | MESSAGES LIST | START A BOARD

[email protected] 1/30/2018 | 12:29:59 PM
Re: Connected construction Joe, I do still have my CDS and some of my albums but I do love my Amazon streaming I now listen to music more often and can enjoy a broad catalog without the investment. It also allows me to share different musicians bands and genres with my daughter.
Reply | Post Message | MESSAGES LIST | START A BOARD

Joe Stanganelli 1/27/2018 | 10:55:12 PM
Re: Connected construction @maryam: Makes sense to me -- particularly because I've invested so much into a CD and cassette collection that I don't want to bother with a paid music service (and Pandora isn't all it's cracked up to be).

Susan Fourtané 1/27/2018 | 12:09:10 AM
Re: Connected construction I think the issue here and what Gass questions as well, is that some industrial machinery vendors are not providing equipment ready to adopt to being on the Internet, or being connected. An industrial machine with a life-cycle of 30 years may have been good, reliable, and useful quite many decades ago. But today, such life-cycle is pointless when you have sensors and software that needs to be updated almost constantly. The fact is, you cant run new sensors and new software in old machinery without risking security, and many other issues. At some point in time, the compatibility stops.
Reply | Post Message | MESSAGES LIST | START A BOARD

Susan Fourtané 1/26/2018 | 11:37:31 PM
Re: Connected construction Industries that are embarking themselves in adopting sensors and connectivity into their digital transformation efforts are certainly seeing the potential in investing in IoT and the corresponding network infrastructure required.
Reply | Post Message | MESSAGES LIST | START A BOARD

Michelle 1/26/2018 | 8:30:41 PM
Re: Connected construction I wonder the same. I don't work in these factories to know much about the machines. There must be more to the story here...
Reply | Post Message | MESSAGES LIST | START A BOARD

[email protected] 1/25/2018 | 11:19:18 AM
Re: Connected construction Michelle absolutely I can't imagine any technology lasting for 30 years and still being applicable, we have achieved so much in the past 10 years I can only imagine what the next 10 will look like!
Reply | Post Message | MESSAGES LIST | START A BOARD

Michelle 1/24/2018 | 1:32:01 PM
Re: Connected construction I agree. I hadn't considered the lifecycle of sensor technology, but that should be a consideration. I can see where upgrades might be an issue over 30 years.
Reply | Post Message | MESSAGES LIST | START A BOARD

[email protected] 1/24/2018 | 12:16:06 PM
Re: Connected construction In the world of anything connected 30 years is an eternity. I would be very interested to see how the technology married to the standards in 30 years. Five years seems to yield enhancements we couldn't dream of or pan for in everyday life.
Reply | Post Message | MESSAGES LIST | START A BOARD
Page 1 / 2   >   >>
EDUCATIONAL RESOURCES
sponsor supplied content
IDC Whitepaper: Key Considerations When Operationalizing Artificial Intelligence Strategy
Design Guide: best-in-class hybrid IT infrastructure with AWS Outposts
Blueprint: optimize data exchange with AWS Outposts
Ericssons Cloud RAN e-book: A comprehensive guide to adopting, deploying, and scaling virtualized 5G in your networks
The Four Key Components of Cloud RAN
How to get the most out of 5G mid-band in Cloud RAN
QCT Introduces New Innovative Family of Edge Servers for the Telco Marketplace.
TOOL - Interactive Experience: Learn how to Evolve your Architecture and Monetize Next Generation Metro and Edge Networks
Whitepaper  Achieving IP/Optical Convergence: Building from Existing Networks
Executive Guide  Enabling Next-Generation Metro and Edge Networks for Communications Service Providers
Educational Resources Archive
More Blogs from Scott Ferguson
Podcast: Agile IT & the Rush Toward Digital Transformation - Sponsored by SAP