I don't remember the last time I had to insert my credit card in a payment terminal. Nowadays, in Catalonia, almost all transactions using debit and credit cards are contactless.

Western Europe is moving, slowly but inexorably towards a cashless society.

Most people in Scandinavian countries, such as Sweden and Finland, rarely use cash at all, and many bank branches there do not handle cash anymore.

By 2020, Visa and MasterCard will require that all European POS systems accept contactless payments. Analytics, privacy and 'wallet' wars
Over 30 years ago, I had a conversation with a friend in Barcelona about the potential abuse of the information track we leave every time we use a debit or credit card. At that time, my friend was a senior analyst in the IT department of one of the biggest financial institutions in the country. 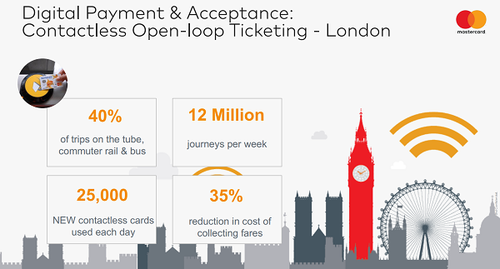 He told me that it was possible -- at the time -- for the bank to analyze the behavior patterns of its customers based on the times and locations they withdrew cash from ATMs and the purchases they made with their cards. This was long before the "cloud," online shopping, and secured transactions over the Internet.

However, since that time, Visa and MasterCard have become extremely active in the cloud analytics business.

In 2012, when the first mobile payments were introduced, both brands started to charge a "wallet" fee until virtual operators, such as PayPal and Amazon, agreed to share the purchase data with the card giants. Wallet providers had to pass along both Wallet ID and Merchant ID for each transaction, ensuring that Visa and MasterCard could continue to build a detailed profile of each cardholder's spending habits.

The ubiquitous use of bank cards and mobile payments -- such as Apple Pay, Samsung Pay, and Android Pay -- offers the possibility of a level of detailed analytics into consumer behavior that had previously been impossible.

While it is difficult to 100% map a person's activity, especially when they use more than one form of payment, the combination of aggregate payment information coupled with social media posts can give an accurate picture of spending patterns.

The bigger the sample data, the more accurate it is.

Does that represent a significant loss of privacy for the cardholder? Not necessarily. Sarah Quinlan, MasterCard's senior vice president for Market Insights, speaking during the recent Smart City Expo World Congress, noted that: "We only see the card number, amount, and merchant id."

In reality, the amount of information that financial institutions and telcos collect, while significant, pales in comparison with what Internet giants such as Google, Facebook and Apple know about us. Additionally banks, credit card companies and telecoms are heavily regulated, with stronger privacy rules governing what they can and can't do.

One example is the use of "open loop" systems on public transport. Open loop accepts contactless credit or debit card payments, or mobile payments, as well as pre-loaded NFC cards.

Not only does that allow non-regular users, such as tourists and business visitors, to use the service without getting a special transport card, it also provides valuable information about the use of the services and reduces cost.

Since the introduction of the system in London three years ago, the combination of contactless cards and mobile payments, including wearables, has reduced the cost of fare collection by 35%. London buses stopped accepting cash altogether two years ago.

The report includes detailed insights about what visitors do and where they spend their money. This provides cities and the tourist industry with a detailed view of the real traveling and spending habits of city visitors and what they like to do and see.

"People lie!" Quinlan explained during her presentation. "The typical surveys at airports and popular tourist destinations are meaningless. Payments data, however, cannot be tampered with."

The great thing about payment data is that it shows where people really spent their money, not where they said they did.

The transition to a cashless society might take a few more years, especially in developing countries. The convenience of contactless payments, however, cannot be denied. Payment data and cloud-based analytics can help identify new opportunities, reduce fraud and provide new tailored services.

[email protected] 1/25/2018 | 11:24:10 AM
Re: irctc account registration Joe I try to avoid cash at all costs I prefer to reconcile spending and track expenses( the analyst in me) and cash performs the disappearing act with me?

That said our financial infrastructure is different from the EU and the unbanked in our country still pose an issue to a cashless society. It has many benefits and can help eliminate time and costs for merchants but it will take an evolution in american thinking. Just think of all the illegal activities that could be harnessed with a cashless society!
Reply | Post Message | MESSAGES LIST | START A BOARD

Susan Fourtané 1/23/2018 | 8:38:46 PM
Re: Cashless a Dream All those reasons are because you adapt to their way of doing things. What would it happen if one day you tell the handyman that you have decided not to use checks any longer, and from now on you are going to pay electronically to his bank account for his services? Is he going to refuse, lose a client, and say find a new handyman, or is he going to adapt to your new way? As an experiment, you could try and see what he says. (If you do, I want to know.)
Reply | Post Message | MESSAGES LIST | START A BOARD

Friction: Some of the newer payment systems -- at least here in the U.S., are more trouble than staying with the old way of doing things.

Cost: No real cost in handyman and others accepting checks, where they would give up 2-3 percent with Square or something similair. Yes, theoretically, these people would sell more and have easier accounting/reconciliation with the electronic paymnets, but they don't see it or are just being stubborn.
Reply | Post Message | MESSAGES LIST | START A BOARD

Susan Fourtané 1/20/2018 | 6:16:22 AM
Re: Cashless a Dream Have you ever wondered why you have to adapt to those who only accept cash or checks and they are not willing to adapt to electronic or card payments? A few days ago, I went to a relatively new small café in Brighton, England. I had been there once, not long after they had opened. This time, I was really pleased to see they were accepting card payments through iZettle. So easy for them and so much better for their customers. And back to your handyman, I wonder if he knows what happens to the species who fail to adapt to changes.
Reply | Post Message | MESSAGES LIST | START A BOARD

Phil_Britt 1/19/2018 | 6:50:02 PM
Re: Cashless a Dream You're right about checks. I only use paper checks to pay contractors (handyman) who only accept cash or check and for some tax payments. But some people won't change, even if other payments are easier. Just plain stubborn. Millennials rarely use checks.
Reply | Post Message | MESSAGES LIST | START A BOARD

Susan Fourtané 1/5/2018 | 4:04:28 AM
Re: Cashless a Dream Sorry about the experience your daughter had. However, there is risk in everything. There is no evidence of lost checks? I think checks are too problematic, too slow, too archaic, and way too impractical. It all sounds to me like everyone is too comfortable in their old ways and have no intention to adapt and refuse to change. And we all know what happened to the dinosaurs. :D People who grew up and refuse to change are probably not going to live for long. But what about the new generations? The ones who grew up with a smartphone almost as an extension of their hand?
Reply | Post Message | MESSAGES LIST | START A BOARD 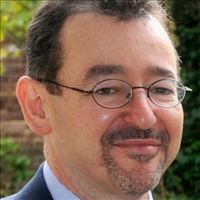 That's right. To us Europeans the amount of checks the US is still using is mind-boggling. Nobody will even dream of mailing a check here to pay an utility bill, or your rent.

Also European banks have been way ahead on the use of digital payments.

Since the introduction of the Euro in 2002 (existed as electronic currency since 1999) the European Central Bank (ECB) has been very active encouraging the use of electronic payments.

The EMV system for cards (Chip+PIN) has been around since 2005, and recently the ECB has reduced the interchange fees -the ones charged between the issuing bank and the processing bank- to fuel contactless and small card payments.

Another reason is the network of intermediaries the US has to process card payments. In Europe the connection is almost direct, using the SEPA system and the EMV network.
Reply | Post Message | MESSAGES LIST | START A BOARD

1) Many employers are stuck in their ways. While many have moved to electronic payments, others still issue paychecks to employees. Businesses are even more behind the times dealing with contractors (such as myself). While I would much prefer ACH payments, most of my clients insist on checks (why? Some can't figure out ACH).

2) Some contractors aren't set up to accept ACH

3) Debit cards can be hacked -- my daughter had four charges of several hundred dollars apiece hit her account from four separate states almost simultaneously. If one doesn't have debit card, this risk doesn't exist.

4) Checks do certainly slow things down at the point of sale, and to be honest, the use at checkout is miniscule -- though it always tends to be the person in front of me -- typically, these are people who grew up using checks at checkout and refuse to change.

5) Americans slow to change. I use checks only to pay contractors (who accept no other form of payment) and for some tax payments (postmark is considered date paid, providing a couple of extra days of cash flow with mailed payments).
Reply | Post Message | MESSAGES LIST | START A BOARD

Susan Fourtané 1/2/2018 | 7:09:39 PM
Re: Cashless a Dream Why would you say the checking system is still so popular in the U.S.? Doesnt it slow things down at this point?
Reply | Post Message | MESSAGES LIST | START A BOARD

Phil_Britt 1/2/2018 | 6:05:12 PM
Re: Cashless a Dream You're right about networks and infrastrructure needing to be advanced. Also. there has to be too much "friction" in making problems other ways. One reason checking has held on so diligently here in the U.S. is that the system works better than in many other countries -- so most European countries adopted electronic payment forms before we did here. I've been covering financial services for 30 years and have written about faster payments and other payments issues countless times for a number of publications.
Reply | Post Message | MESSAGES LIST | START A BOARD
Page 1 / 3   >   >>
EDUCATIONAL RESOURCES