As with the past several years, 2018 is shaping up to be a year where businesses focus on "data-driven" decisions. One of the more popular emerging IT fields that was thought to help with data-driven goals is the Internet of Things.

Yet, despite all the hype and attempts to deploy IoT in the enterprise, success rates have been disappointing.

But fear not, within the next 12 months, there are four distinct factors that have the potential to right an IoT ship that's been veering off course as of late.

Before we start talking about what factors could lead to a higher IoT success rate, it's important to keep in mind what IoT is.

When you break it down, IoT is nothing more than the automation of mobile computing apps tied to a low-cost end device. The end device is a combination of hardware and software -- often custom made -- with the purpose of reading data points that are then sent back to a centralized database. Once collected, the data is catalogued and analyzed for decision-making purposes. 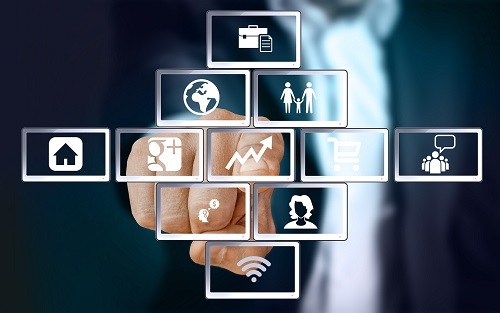 For the past few years, the focus of IoT has always been at the edge. The primary concern largely dealt with the creation, deployment and management of hundreds or thousands of IoT sensors. While this is certainly a valid issue, one of the reasons so many IoT projects fail is due to this laser focus on IoT sensor itself.

Instead, the biggest problem for many has to do with the backend databases.

This is especially true for IoT projects that must operate in real time. Database platforms such as Realm Database, MongoDB and DynamoDB are purpose built for the low-bandwidth, yet high numbers of real-time data flows that are common with IoT architectures. So, while obtaining data was the IoT focal point of previous years, the database will likely take center stage in 2018. (See MongoDB IPO Shows Upside of Cloud, Open Source.)

Going serverless
Another infrastructure component that has been plaguing IoT development has been the server -- or server operating system that drives IoT services.

Using traditional servers -- even when deployed as virtual machines in the cloud -- can be the weak link when it comes to the scalability, flexibility and cost of many IoT deployments. In 2018, look for IoT projects to begin leveraging serverless architectures that deploy in seconds, are highly portable and do not require expensive operating system licenses to run. (See Serverless Is Cheaper Than VMs, Containers  Report.)

Next, no IoT discussion can be had without mentioning how data and IoT sensors will be protected from a security standpoint.

Security concerns
Many IoT projects fail to get the green light due to concerns from upper management about data and endpoint security breaches. In 2016, the tech world was rife with well-publicized examples of IoT security failures.

Microsoft Corp. (Nasdaq: MSFT), for example, has been busy at work on what they refer to as "Project Sopris." The effort surrounding Sopris is to better secure IoT devices using hardware chips -- as opposed to software. Redmond's research in the field of securing low-cost, Internet-connected devices has led them to believe that a hardware chip is the key to seamlessly and transparently update the security of end-devices as threats evolve.

Look for enhanced IoT devices to launch in 2018 that include low-impact ways to update them with the latest security measures.

Don't fear failure
Lastly, the biggest factor that could finally usher in the age of IoT in 2018 has to do with the skills of technologists that will be required to design, build and support future IoT systems.
Keep up with the latest enterprise cloud news and insights. Sign up for the weekly Enterprise Cloud News newsletter.

Cisco Systems Inc. (Nasdaq: CSCO) published a survey earlier this year that fond 75% of IoT projects failed due to lack of expertise. While this number may sound high, it's not surprising for those that have been involved with information technology for the past few decades. (See IoT Skills in Demand: Analytics, Big Data, Security.)

Often, technologies such as IoT are created far ahead of the IT department's full understanding of how to implement them. Honestly, a 75% early adopter failure rate is not abnormal for such a complex enterprise IT service.

Fortunately, as each day passes, IT skills in the field of IoT are growing. In 2018, expect IoT project success rates begin to climb. This will happen partly due to advancements in making IoT easier to deploy -- but more so because technical staff have acquired a sufficient baseline of skills to be able to properly deploy and manage them.

kq4ym 1/9/2018 | 12:54:50 PM
Re: 2018 Whether IoT will indeed move forward this year will be an interesting bet. While there's lots of issues, one of the interesting developments I see is Microsoft looking to use chips, and not software for devices. As noted the "effort surrounding Sopris is to better secure IoT devices using hardware chips -- as opposed to software." Althouh there may be some cost issues it seems like a good move that may work well.
Reply | Post Message | MESSAGES LIST | START A BOARD