"Data gravity" is the buzzword describing a networking constraint on emerging technologies -- such as the Internet of Things and artificial intelligence -- that generate vast amounts of data, which is just plain hard to move around.

IBM Corp. (NYSE: IBM) is looking to defy data gravity, extending its Cloud Private for Data platform to allow enterprises to use analytics wherever the data is -- in an IoT device, private cloud, Amazon Web Services Inc. , Microsoft Azure or IBM Cloud -- without having to first move the data to a central location, such as a data warehouse, Rob Thomas, IBM general manager for analytics, tells Light Reading.

"It's writing data once and accessing it wherever it is," Thomas says.

IBM Cloud Private for Data, launched in March, is a platform for Kubernetes and containers, providing a single console for collecting, managing and applying AI to data on private cloud or public clouds. IBM Launches Analytics Platform for Private Cloud 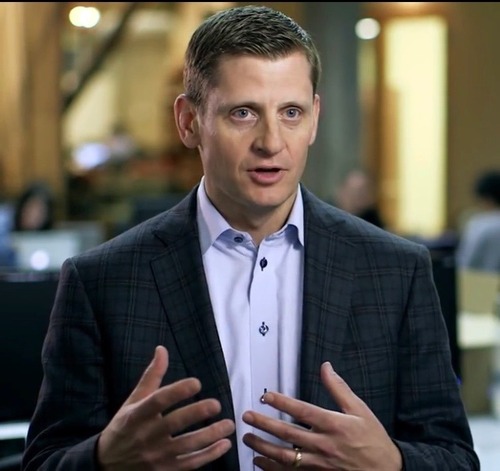 IBM's Rob Thomas. More Rob Thomases
Now entering its fifth year, the 2020 Vision Executive Summit is an exclusive meeting of global CSP executives focused on navigating the disruptive forces at work in telecom today. Join us in Lisbon on December 4-6 to meet with fellow experts as we define the future of next-gen communications and how to make it profitable.

IBM is also announcing Thursday that it is partnering with Red Hat Inc. (NYSE: RHT) to run data services on Red Hat's OpenShift container platform platform. And IBM is working with HortonWorks to containerize Hadoop. (See Microsoft & IBM Partner With Red Hat: Why You Should Care.)

IBM plans to unveil its news at a live event in New York, streamed over the Internet, Thursday evening, where it will also promote its vision for AI and machine learning.

He adds: "There is an incorrect view in the market that AI is a magic black box. Just find the box, plug it in, and it's all good."

Thomas continues, "There is no magic. It's still computer science." AI solutions are assembled from components, including runtimes, development tools, natural language processing and vision recognition. Fortunately, "those tools are super-easy. You can start tomorrow. For getting something quick and dirty up, we're talking weeks, not even months."

Enterprises are already deploying AI in a variety of business cases, Thomas says, including optimizing queries -- not sexy, but it streamlines business processes: An insurance company is using AI to reduce manual claims processing; companies are using AI to automate customer service processes; and a bank is using AI to make data available to customers and stakeholders while also remaining compliant with Europe's General Data Protection Regulation (GDPR).

Excellent report on a truly innovative design.  Now IBM is getting smart!  (Note:  Maybe applying their own AI!)  But this truly makes sense and configures data in new and accessible ways that will open the door to increased use.
Reply | Post Message | MESSAGES LIST | START A BOARD
EDUCATIONAL RESOURCES