Google's Cloud IoT Core management platform, which the company introduced earlier this year as a service attached to its Google Cloud Platform, is in public beta and the company added more security and connectivity features.

Cloud IoT Core is a cloud-based service for managing all the data collected from various Internet of Things devices and sensors; it then sorts and processes that data later in Google's cloud. Amazon Web Services and Microsoft Azure each offer similar services within their respective public clouds.

Since its introduction, the platform was in private beta for certain customers. In a blog posted on Wednesday, Indranil Chakraborty, product manager for Google Cloud, notes the service has found users in the transportation, oil and gas, utilities, healthcare and ride-sharing markets. 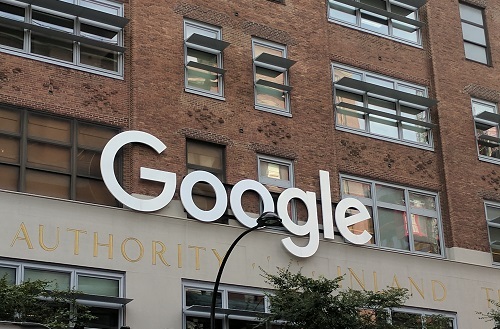 In addition to moving the platform from private to public beta, Google added three new features to Cloud IoT Core to assist with management, connectivity and security:

In addition to these features, Google released a new pricing scheme for the service. There's a free tier for those waiting to try the platform, and the first 250 MB of data are complementary. Prices go up from there; the top tier offers 5TB or more per month for 45 cents per megabyte.

[email protected] 10/12/2017 | 12:13:19 PM
Re: pricing Very true some free services are so limited they aggravate users and they just look elsewhere rather than upgrading.
Reply | Post Message | MESSAGES LIST | START A BOARD

Phil_Britt 10/2/2017 | 10:03:17 AM
Re: pricing The trick will be to balance the additional value of the paid service with enough value of the free services to entice customers rather than just frustrating them.
Reply | Post Message | MESSAGES LIST | START A BOARD

[email protected] 9/30/2017 | 6:41:39 PM
Re: pricing It seems these days everyone has a free flavor but the limitations push users to the paid option, so they might keep it as a lead in.
Reply | Post Message | MESSAGES LIST | START A BOARD

Michelle 9/30/2017 | 1:54:58 PM
Re: pricing I wonder how long they'll keep the free tier open. It might make sense to keep it open longer than with other service launches.
Reply | Post Message | MESSAGES LIST | START A BOARD

[email protected] 9/29/2017 | 11:14:38 AM
Re: pricing I agree it is a smart way to get access and understand if it will work but as we know with many free offers on tech the functionality and support are often the gotcha. Making the free a little more costly than it appears.
Reply | Post Message | MESSAGES LIST | START A BOARD

Ariella 9/29/2017 | 9:52:54 AM
Re: pricing @Michelle Google often does extend some free version of its new things to allow people to play with it. It's a smart way to get some momentum going and get valuable feedback.
Reply | Post Message | MESSAGES LIST | START A BOARD

Ariella 9/28/2017 | 1:30:45 PM
pricing <Google released a new pricing scheme for the service. There's a free tier for those waiting to try the platform, and the first 250 MB of data are complementary. Prices go up from there; the top tier offers 5TB or more per month for 45 cents per megabyte.>

That sounds like a pretty low price. Do we have figures to know how that compares to competitor offerings?
Reply | Post Message | MESSAGES LIST | START A BOARD
EDUCATIONAL RESOURCES