Cisco Looks to Spin IoT Success out of Failure

Most Internet of Things projects fail due to their complexity and a lack of appropriate skills. Cisco is looking to fix that.

Cisco plans to roll out its IoT Operation Platform, which the company introduced May 24 at the IoT World Networking Forum in London, later this year. The goal is to reduce the complexity of these projects, while helping enterprises that want to have an IoT strategy but lack the internal expertise to make it work.

"With current tools, there's not enough technical talent to get most projects to make the leap from prototype to production," Rowan Trollope, Cisco's senior vice president and general manager of IoT and applications, wrote in a blog post Wednesday. "There's often not enough capacity or reliability in the network, either. Our customers tell us that without tools that address these business issues, projects will continue to stall."

Cisco noted a recent study that the company conducted involving 1,845 IoT specialists, which found that 60% of these projects failed at the proof-of-concept stage. About 40% of IoT rollouts made it past the pilot stage and of that number, only 26% were deemed successful by the company's management. 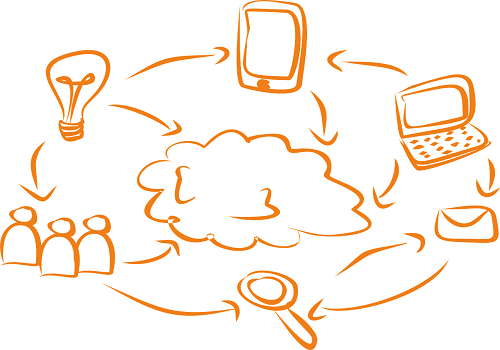 Failure is not an option (Source: Kropekk_pl via Pixabay)

While thin on details and technical specs, the platform will broadly support three components.

The first is connection management, which will allow enterprises to spin up, deploy and manage a large fleet IoT devices through a series of applications.

The second component is using fog computing at the edge of the network to allow the computing to happen closer to the individual devices. At the same time, the company can better use the data these IoT devices collect since it doesn't have to travel back to the data center to be analyzed and stored.

Finally, Cisco is also offering a data delivery system to help streamline the data collection process and to ensure that the information that these devices collect flows through the right network to the right applications and that people who need it can see it.

Cisco also plans to offer a layer of security through its newly announced Threat Defense product.

This new platform fits within Cisco's overall corporate strategy, which is to move away from networking gear and get deeper into analytics, software, security, IoT, as well as cloud computing. During its latest quarterly financial report, the company reported making progress on all these fronts, however, it still plans to cut an additional 1,100 jobs as hardware becomes less essential. (See Cisco Cutting 1,100 More Jobs, Forecasts Revenue Decline.)

In addition to the IoT management platform, Cisco is announcing a new partnership with Microsoft that will add a hybrid cloud computing component to the companies' plans for IoT.

The two companies are planning to connect Microsoft's Azure IoT Suite to Cisco's fog computing technology to allow more IoT computing to happen on the network's edge rather than within the data center itself. Cisco has worked with Microsoft on other IoT projects, including integrating its Jasper connectivity management platform within Azure IoT. (See Cisco's Chuck Robbins Talks AppDynamics, Jasper at MWC.)

Although the two companies announced their joint edge computing and IoT partnership on Wednesday, they did not announce when it would be available to customers.

Susan Fourtané 6/30/2017 | 11:13:52 PM
Re: Failure rate John -- The failure rate surprised me as well. But isn't it through making mistakes and failing that we learn how to make things better? -Susan
Reply | Post Message | MESSAGES LIST | START A BOARD

Michelle 5/31/2017 | 11:43:45 PM
Re: Out of the gate I hadn't thought of it that way, but IoT is still new enough that the number of production projects are few. Cisco is connecting all the right peices.
Reply | Post Message | MESSAGES LIST | START A BOARD

JohnMason 5/29/2017 | 3:13:32 AM
Failure rate I didn't realize the failure rate was that high. If the idea is to circumvent the scarcity of trained people, then I am guessing that Cicso's new system involves some kind of simplified management or maybe a "point and click" sort of system to manage IoT networks.
Reply | Post Message | MESSAGES LIST | START A BOARD

kq4ym 5/28/2017 | 4:22:38 PM
Re: Out of the gate With the small percentage of IoT projects that make it, Cisco is on to something here if they can convice clients to trust their expertise, as noted "customers tell us that without tools that address these business issues, projects will continue to stall," and hopefully change that scenario.
Reply | Post Message | MESSAGES LIST | START A BOARD

Scott_Ferguson 5/25/2017 | 1:20:50 PM
Re: Out of the gate @Michelle: It's very much in line with what Cisco wants to be doing. I will give them credit in that they are not sitting around and talking about this, but actually doing it. However, all transformation is slow as you saw when Cisco released its numbers the other week.
Reply | Post Message | MESSAGES LIST | START A BOARD

Michelle 5/24/2017 | 10:17:02 PM
Out of the gate IoT is coming of age! It's great to see projects like Cisco's take shape. I wonder if they'll have the consumer version ready before a competitor naps the first spot in the market.
Reply | Post Message | MESSAGES LIST | START A BOARD
EDUCATIONAL RESOURCES
sponsor supplied content
IDC Whitepaper: Key Considerations When Operationalizing Artificial Intelligence Strategy
Design Guide: best-in-class hybrid IT infrastructure with AWS Outposts
Blueprint: optimize data exchange with AWS Outposts
Ericssons Cloud RAN e-book: A comprehensive guide to adopting, deploying, and scaling virtualized 5G in your networks
The Four Key Components of Cloud RAN
How to get the most out of 5G mid-band in Cloud RAN
QCT Introduces New Innovative Family of Edge Servers for the Telco Marketplace.
TOOL - Interactive Experience: Learn how to Evolve your Architecture and Monetize Next Generation Metro and Edge Networks
Whitepaper  Achieving IP/Optical Convergence: Building from Existing Networks
Executive Guide  Enabling Next-Generation Metro and Edge Networks for Communications Service Providers
Educational Resources Archive
More Blogs from Scott Ferguson
Podcast: Agile IT & the Rush Toward Digital Transformation - Sponsored by SAP