Cisco, and a group of big enterprises and small software developers, see blockchain as an opportunity to provide essential security, interoperability and other services for Internet of Things applications. Now they're getting together to promote blockchain standards for IoT.

Cisco, Bosch, BNY Mellon, Gemalto and US Bank joined with a dozen other companies to launch the Trusted IoT Alliance, to develop and set the standard for an open source blockchain protocol to support IoT technology in major industries worldwide, according to a statement last week from the newly formed group.

"Every one of these companies is developing blockchain applications, services and products," Anoop Nannra, board member and co-chair of alliance and head of blockchain initiatives for Cisco Systems Inc. (Nasdaq: CSCO), tells Enterprise Cloud News. "It's an alliance of companies big and small, Fortune 500 and startups, everything in between. We have realized that there is value in collaborating and helping identify common tools and assets in the blockchain and IoT space." 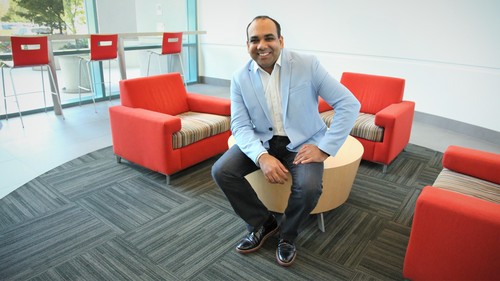  Cisco's Anoop Nannra
What are the hottest jobs in the cloud? Get our special report to find out:
Cloud Skills: What's Hot?

"Members of the group have already published a common API to register 'things' to both Hyperledger and Enterprise Ethereum blockchain networks," according to the statement. "The Alliance plans to fund small grants to support open source development and is reviewing proposals from IoT and blockchain technologists."

An initial goal is to develop a digital "birth certificate" for individual assets to create a unique and secure record of sales and transfers of the asset between owners. "And once machine-to-machine economies become a thing, how do you create a wallet to get them involved in commerce?" Nannra says.

For example, a blockchain application could enable an autonomous vehicle to pay for electricity on its own, because the vehicle has a built-in cryptocurrency wallet. That requires more than the wallet -- it requires the vehicle to identify itself as a noncompromised participant in an IoT network, Nannra says.

Blockchain isn't required for the payment itself, but blockchain can help secure the interaction, and provide security for delivery of electricity and for the operation of the entire infrastructure, Nannra says.

Likewise, as software-defined networking (SDN) and network functions virtualization (NFV) allow applications to move from the cloud to the edge and back again, blockchain can help vouch for the integrity of environments where applications are running. When new network functions are created in a new network environments, blockchain can help attest that the new environment was built with good design and security practices, Nannra says.

"We see blockchain as technology that can enforce governance and compliance through smart contracts and immutable record of date in the field," Nannra says. "Smart contracts" are code that runs on the blockchain platform, similar to the way in which applications and services now run on the cloud. The code executes when pre-specified external conditions are met.

Conventional databases and applications can do those things too, but blockchain works better when there are multiple parties involved who don't necessarily trust each other. Using blockchain, code and data are distributed over the entire network, everyone has the same view and perspective, and everyone is executing the same smart contract. Multiple nodes makes it "dramatically harder" to "manipulate the transaction data or history," Nannra says.

Using conventional applications, it's an enormous hassle to sort out failed transactions between multiple parties who don't trust each other. "Where a transaction goes south, and fails for any reason -- on Wall Street, for example -- it can take several days to unravel a failed stock trade, and that's because everybody has their own administrative domain and everyone believes that what they see is the truth," Nannra says. "When a transaction fails on Wall Street, there is a small army of MBAs who get paid to unravel a day's worth of transactions and figure out where and why data disagrees. On a blockchain network, when a transaction fails, the root cause of the failure is immediate."

Nannra adds, "The blockchain provides real-time forensics across an alliance of partners."

IBM Corp. (NYSE: IBM) and Microsoft Corp. (Nasdaq: MSFT) are missing from the alliance. Those two companies were identified as market leaders in a survey of business users, according to Juniper Research. (See IBM, Microsoft Rank in Blockchain Survey.)

Ariella 9/26/2017 | 10:36:22 AM
blockchain <For example, a blockchain application could enable an autonomous vehicle to pay for electricity on its own, because the vehicle has a built-in cryptocurrency wallet. That requires more than the wallet -- it requires the vehicle to identify itself as a noncompromised participant in an IoT network, Nannra says.>

Now that's a practical application, though I do wonder if that woudl be possible to hack to obtain the wallet credentials and purchase other things. It makes me think of the way the protagonist of Catch Me if You Can got started by using gas station credit cards.