Washington State DoT Builds Its Cloud One Blade at a Time

After getting a Timex Sinclair 2000 at about 8 years old, Wayne Holland was hooked on tech.

Later, when serving with the Washington State National Guard, Holland worked as a flight engineer and aircraft mechanic but as more and more computer systems were installed, he gravitated toward that part of the job.

"We did a statewide deployment of an NT 4.0 network for the Washington National Guard, and I talked my boss into letting me be one of the major participants of that, and it ended up being me and one other guy basically installing or supervising the installs of the entire state," Holland told Enterprise Cloud News recently. "And then, shortly after that I got an IT job."

That IT job is with the Washington State Department of Transportation, where Holland works as an operational support team supervisor. The department itself oversees some 18,600 miles of state highway, 3,300 bridges and it has the largest ferry system in the US. There are also railways and airports to worry about.

The department is divided into several different regions, each responsible for the physical infrastructure in the area. Holland works in the one central office, proving IT support for the staff in those different locations. 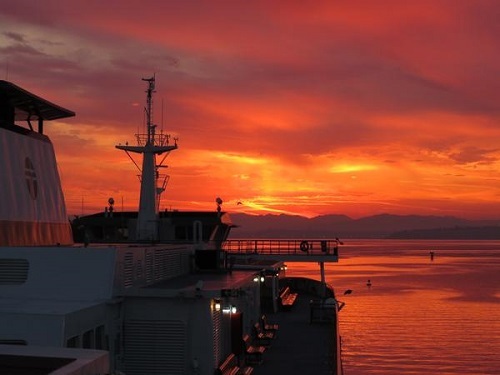 While an exact definition is hard to come by, Holland and his team from the central office essentially run a private cloud.

As with many private clouds, the one that supports the transportation department's needs is a work in progress. It started with a series of virtual machines running mainly on blade servers from Hewlett Packard Enterprise (HPE). When Holland first arrived, the central office was only getting started.

"We were roughly 30% virtualized at the headquarters' region, and the other regions in the state really didn't have a lot of virtualization at the time, and they picked it up as we went along," Holland said. "We leveraged HP hardware first -- DL380s -- because we needed so many different network interfaces, and we were limited on our blades at the time and what we could actually plug into."

Building the infrastructure
Eventually, the department became early adopters of HPE's Synergy composable infrastructure, which allows IT to manage data center assets through a pool of resources controlled by software. This allowed Holland and his team to push the servers from four 1GB uplinks to eight 10GB uplinks. (See HPE Goes All in With Hybrid IT.)

These along with other improvements in storage and networking have allowed the department to build out its infrastructure, reduce costs and power consumption -- the team reduced power utilization by about 40% in the data center, for example -- and allows the central office to offer more services. It's not a cloud, however, at least not yet.

"Is cloud something where you're sharing resources across different platforms? Then, sure, it's a cloud," Holland said. "If you say cloud is the customer goes and picks what they want themselves and provisions everything, then no, because we provision everything."

One reason why it's a slower up-tick to cloud is the nature of government work. Holland and his team receive about $400,000 every two years to maintain the department IT infrastructure, so to build it up to an enterprise-grade level is a slower approach that requires getting creative with discretionary funds and working with suppliers for better deals.

It's one of the reasons why Holland could work his managers to secure HPE's Synergy product, even though it's a cutting-edge offering.

"I went to my boss and I said, 'Hey, we need to buy some of this new Synergy stuff so that we can future-proof our environment' and he agreed and said 'Well, how much money do you need?' and I said 'I don't know,'" Hollande explained. "But, we worked it out with HP, we got some quotes that was within our margins to do so."

Public cloud experiments
While the buildout of this private cloud is a work in progress, Holland and his team have also experimented with public cloud for specific projects that need a burst of compute power and can then be powered down as the need ebbs.

For instance, the department has cameras that take pictures of all the roadways every five minutes or so that the public can access through its website. During major traffic or weather incidents, usage of the site peaks and can take up to 70% of the department's bandwidth.

As part of a pilot program, Holland and his team offload the images to Amazon Web Services during peak viewing, and then its reverts back to the department's cloud when usage returns to normal.

However, Holland said his team remains committed to the department's own resources to build the type of cloud that can serve its needs.

"When you talk about outside cloud services like Azure or AWS; we don't use those a whole heck of a lot right now, and the primary reason for that again is cost," Holland said. "Most of our workloads are 24/7 workloads and moving those type of workloads to the cloud is not cost-effective."

Scott_Ferguson 8/9/2017 | 3:26:45 PM
Re: Benefits @danielcawrey: And one the reasons why the DoT decided to go with this itself is that it needed to control the compute resources itself. Public cloud has its benefits, but in this case the DoT gets more milage out of the private cloud.
Reply | Post Message | MESSAGES LIST | START A BOARD

If your organization is large enough, it makes a lot of sense to have a private cloud up and running.
Reply | Post Message | MESSAGES LIST | START A BOARD
EDUCATIONAL RESOURCES