VMware continues to transform itself into a significant cloud computing player, especially as its customers look to the company to help manage and secure various hybrid cloud platforms.

On Thursday, VMware released its second-quarter 2018 financial results, which included total revenue of $1.90 billion, a more than 12% year-over-year increase.

In his remarks, CEO Pat Gelsinger noted that customers are turning to VMware, which is part of Dell Technologies, to help manage and secure their clouds, whether those are public or private, but the company is finding its sweet spot within the hybrid cloud market.

Gelsinger added that he plans to talk more about its cloud plans when VMWorld kicks off in Las Vegas on August 27. 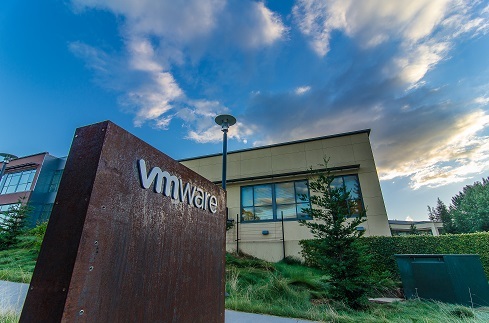 One issue that Gelsinger said he plans to talk about at VMWorld is the company's deal with Amazon Web Services to offer management and other services for hybrid cloud. Gelsinger noted that beta tests were going well and referred to it as a "seamless, powerful offering" that is part of a larger portfolio of offerings that will involve AWS.

In addition, Gelsinger noted that the company is also seeing an uptick with its edge computing offerings, especially as more companies invest in Internet of Things (IoT). It's also a way for VMware to reach into the telecommunication market, which has been a strategic initiative for the company over the past several years.

"VMware's customers are looking to extend these capabilities to the edges of their businesses," Gelsinger said during the call.

Wall Street analysts originally called for second quarter non-GAAP earnings of $1.13 per share, with a revenue estimate of $1.86 billion.

Before its August 24 announcement, VMware had released preliminary second-quarter and full-year financial numbers. The company noted that it expected its full-year numbers to be better than executives had anticipated, especially with the second-quarter results in.

For its entire fiscal year, VMware is now expected to post revenue of $7.83 billion, with non-GAAP earnings hitting about $5.08 per share.