"The focus for CloudHealth is that the public cloud would bring a set of challenges the likes of which we have not seen," Desai says. "We have essentially democratized the entry point for end users." 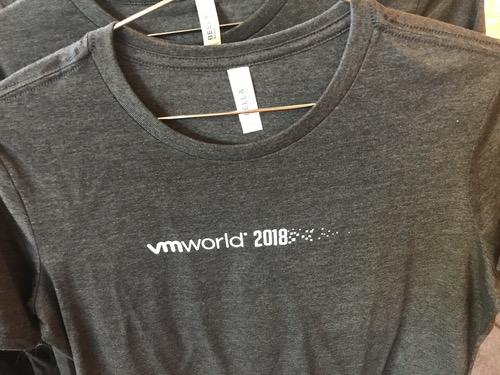 VMware and other enterprise infrastructure vendors -- like Cisco Systems Inc. (Nasdaq: CSCO), VMware sister company Dell EMC , and Hewlett Packard Enterprise -- all talk about the multicloud, hybrid cloud, and hybrid IT. When they do, they talk about enterprises having six to nine major public cloud providers.

But the problem is orders of magnitude more complicated. Big enterprises have thousands of teams, all signing up for multiple cloud services independently of each other. Enterprises aren't just managing six to nine public clouds, they're managing thousands of relationships and connections, which need to be secured, paid for, optimized and made compliant. It's a hairy data problem, Desai says.

Line of business users and developers are moving as fast as they can to get their jobs done, and they don't stop to think about controlling costs, compliance, and rightsizing resources. That's where CloudHealth helps, Desai says.

"Your line of business and your developers are like race car drivers. They're running as fast as possible and their goal is to win," Desai says. "The VMware cloud and resources is like the pit crew and crew chief."

CloudHealth helps MSPs work with enterprises to be sure they're not over-provisioning cloud resources -- buying and paying for more than they need. CloudHealth helps organizations set the right policies, and manage user access to data and resources, Desai says. It helps ensure security and regulatory compliance.

MSPs can use CloudHealth as a platform to deliver services on AWS, Azure or Google Cloud, with a common billing platform. "It's a nice way for MSPs to deliver value to their customers," Desai says.

The CloudHealth acquisition is VMware's second MSP cloud push in less than a week. On Friday, VMware enhanced its VMware Cloud Provider program with additional tools for MSPs and telcos to manage multicloud infrastructure for enterprises. (See VMware Wants You  Yes, You!  as a Cloud Provider.)

CloudHealth has more than 250 employees, including the top management team, who will be coming on board VMware. The group will be kept intact, reporting to Raghu Raghuram, VMware's chief operating officer for products and services.

Reuters reported the value of VMware's CloudHealth acquisition at $500 million, though VMware declined to comment.

CloudHealth is a key element in VMware's mission to deliver cloud-agnostic multicloud solutions to organizations.

During Monday's keynote, VMware CEO Pat Gelsinger said VMware will deliver CloudHealth as a VMware branded service, but a VMware spokesperson said no decision has been made on branding or delivery.

Joe Stanganelli 8/29/2018 | 11:33:58 PM
My take Lagging behind and getting outmaneuvered by major cloud competitors for years now (esp. AMZN), this acquisition seems to signal that VmWare is recognizing how important it is for it to branch out more away from the cloud-provider business and become more of a multicloud enabler -- playing a role similar to that of open-source and open-standard orgs.
Reply | Post Message | MESSAGES LIST | START A BOARD
EDUCATIONAL RESOURCES