Concerns about vendor lock-in, as well as security when it comes to public infrastructure-as-a-service (IaaS) platforms, remain a major stumbling block when it comes to moving workloads to the cloud.

In fact, about 80% of respondents in a recent study conducted by Stratoscale, an Israeli startup that offers software which brings Amazon's cloud services to enterprises' own data centers, are significantly concerned about getting locked in with one public cloud vendor.

The study, published July 25, involved responses from about 650 IT professionals, including C-level executives, from companies with between 100 to more than 10,000 employees. The company conducted the survey in June of this year.

While Stratoscale is heavily investing in moving customers to hybrid clouds, the concerns about moving to the public cloud and getting stuck with a single vendor are legitimate issues. In his recent column about Microsoft's Azure Stack for hybrid deployments, Andrew Froehlich wrote about getting trapped with a single architecture. (See Microsoft's Azure Stack Is Useful but Not for Everyone.) 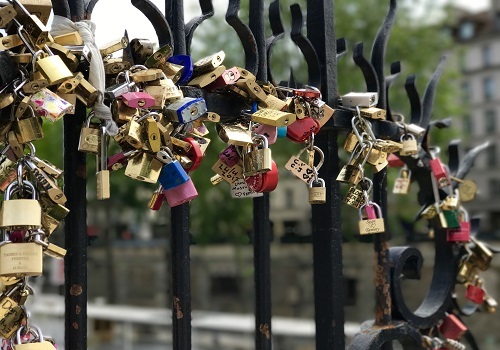 In addition to getting locked into a vendor relationship, security remains another obstacle. More than 65% of respondents reported that less than 20% of their workloads have been migrated to a public cloud, and that number jumps to 70% for enterprises with 10,000 or more workers.

For those remaining, many are keeping data on-premises or using a private cloud instead of public, an attitude that reflects other studies as well. (See Vault 7, Yahoo Hack Cast Doubt on Cloud Security.)

These concerns have slowed cloud adoption. About 50% of those surveyed have moved less than 20% of their apps to the cloud, and 15% report that they have not even started migrating to the public cloud, which would stall any digital transformation initiatives. (See Digital Transformation Causing Sleepless Nights for IT  Study.)

Finally, the study found that IT shops view hybrid cloud differently depending how they are using it and how many workloads have moved to the model.

All the scare tactics seem to work. I read about vendor lock-in all the time (by design, I'm learning).
Reply | Post Message | MESSAGES LIST | START A BOARD

JohnMason 7/31/2017 | 3:13:10 PM
Re: Eye roll about "lock-in" goes here The Green Line? Is that in Boston? I remember riding the subway there (it was sometimes above ground, though, and sometimes below ground). Talk about being locked in, it was like riding in a sardine can. Nobody could move. You couldn't fit a newspaper page between the people. NYC subways weren't as crowded (or at least not the lines I rode).
Reply | Post Message | MESSAGES LIST | START A BOARD


...but at the same time, it really does help illustrate the counterpoint from my perspective. Getting on the poorly maintained and managed subway (a.k.a. "The T") -- especially the Green Line -- can potentially create severe lock-in complications.

But, overall, convenience tends to win out in the long run. You takes your chances...
Reply | Post Message | MESSAGES LIST | START A BOARD

JohnMason 7/31/2017 | 12:09:28 PM
Re: Eye roll about "lock-in" goes here When I take the train to work, I'm not concerned that I am locked in to that transportation mode for the journey. It provides me with satisfactory service; I'm happy to lock in everyday. I remember many contracts with vendors that required a sort of lock-in, but the vendors were reliable and there was no fear of making them an indispensible part of our business.
Reply | Post Message | MESSAGES LIST | START A BOARD

Joe Stanganelli 7/30/2017 | 12:58:10 PM
Eye roll about "lock-in" goes here I think this speaks more to corporate culture than it does about cloud. Cloud makes you more agile, but only if you have the type of culture that allows you to be more agile. If your company is still stuck in the 1997 model of needing to shuffle a piece of paper around to get 18 signatures, cloud isn't going to help you.

And, naturally, these are the types of companies that tend to hem and haw over the tiniest amount of risk.

None of this is helped by the scaremongering -- tepidly naive at best, outrageously dishonest at worst -- committed by vendors large and small and open-source organizations large and small about the big scary concept about "lock-in". Lock-in is a red-herring bogeyman; it is a buzzterm that is best defined as "The competition."

I have a lot more to say on this subject -- and other SMEs have done a lot fo the talking for me in this piece I wrote for an Enterprise Cloud News sister site: (link)

JohnMason 7/28/2017 | 10:40:54 PM
bring personnel A radical idea, but I wonder if uploading to the cloud should include transfer of some IT personnel to the cloud company, because what if IT hands are worried about their jobs? They might not say that, but instead might object to potential security problems.
Reply | Post Message | MESSAGES LIST | START A BOARD
EDUCATIONAL RESOURCES