Startup Platform9, which provides open source cloud management as a service for OpenStack and Kubernetes, has raised an additional $22 million Series C funding, bringing the company's war chest to $36.5 billion.

The funding, led by Canvas Ventures, Hewlett Packard Enterprise and previous investors at Redpoint Ventures and Menlo Ventures, will go to expanding its model for managing frameworks including Kubernetes and OpenStack, across different cloud platforms while avoiding vendor lock-in, according to a statement released Wednesday. 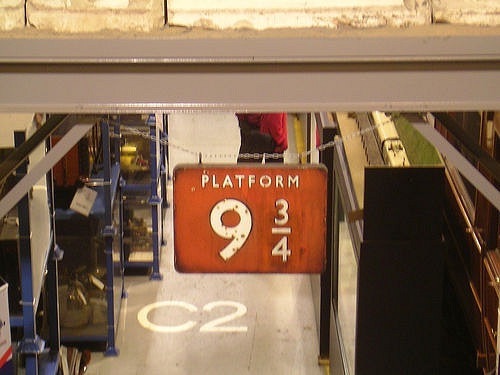 Platform9 takes its name from Platform 9¾, a portal to magical places in the Harry Potter novels. Photo by Neil Turner(CC BY-SA 2.0)

Four-year-old Platform9 came out of stealth mode supporting OpenStack in early 2014, and went on to offer Kubernetes and Fission support. The company has 210 "regions" of distributed infrastructure in production.

Platform9's enterprise customers run Kubernetes, OpenStack, or Fission infrastructure software on private clouds, or on AWS or Google Cloud, with future support planned for Microsoft Azure. Platform9, which has 55 employees, manages that infrastructure as a service.

Competitors include Mirantis, which previously provided its own OpenStack distribution and consulting for it, and is moving to a cloud service model similar to Platform9, as well as hybrid cloud management provider Morpheus.

Raghuram has some interesting ideas about something he calls "cloud arbitrage," why open source is like puppies, as well as open source and innovation. We'll tell you about those next week.

JohnMason 6/30/2017 | 3:58:01 PM
HPE I didn't know HPE was acting as a venture capital fund, right next to Redpoint Ventures and Menlo Ventures. But with a war chest of $36.5 billion, isn't $22 million almost insignificant?
Reply | Post Message | MESSAGES LIST | START A BOARD
EDUCATIONAL RESOURCES