Oracle reported quarterly cloud revenues up 32% to $1.6 billion on Monday, collecting rewards of its cloud strategy. Total overall revenues were up 6% to $9.8 billion year-over-year.

Oracle Corp. (Nasdaq: ORCL) executives say the financial results are validation of the company's cloud strategy. And we can't argue with that. (See Oracle Reports $9.8B Q3 Revenue.) 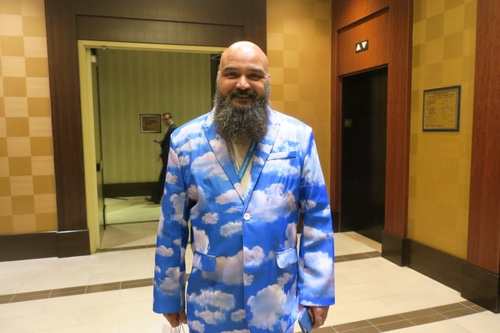 The cloud suits Oracle.
Want to learn more about network automation? Register today for Light Readings Automation Everywhere on April 4 in Dallas. We will be tackling the business and technology challenges behind driving network automation. The event is free for communications service providers  dont miss out!

Ellison took the opportunity on the call to reiterate some insults he threw at competitor Amazon Web Services Inc. late last year -- and he turned up the volume. He said Oracle's autonomous database can deliver ten times the performance of Amazon at the same cost. The autonomous database cuts cost by eliminating human labor in operations, and also enhances security and reliability by eliminating human error. (See Oracle's Ellison: We'll Beat Amazon Cloud Pricing by Half and 'No Facts, Wild Claims & Lots of Bluster'; Amazon Hits Back at Oracle's Ellison.)

Non-GAAP operating income was up 9% to $4.3 billion, but the GAAP net loss was $4 billion and the GAAP loss per share was $0.98, due to a one-time charge totaling $6.9 billion related to the 2017 Tax Cuts and Jobs Act, which is causing GAAP losses to many companies this quarter.

The board of directors declared a quarterly cash dividend of $0.19 per share of outstanding common stock.