Open Source Is Like a Puppy, Says Platform9 CEO

Implementing open source is like adopting a puppy, says Sirish Raghuram, CEO of Platform9, which provides cloud management services over the cloud.

"It's really cute and appealing, but when you take it home you realize how much work it is," Raghuram says, fresh off the company's $22 million C funding round, announced last week. (See Startup Platform9 Scores $22M Funding for Cloud Management.)

Few people have the skills to run open source in production at scale, providing high levels of service, Raghuram says.

Vendors have traditionally stepped in to fill that skills and personnel gap, but the traditional vendor business model is broken, Raghuram says. In the traditional model, the vendor refines raw open source software into distributions ready to run in the enterprise, which the vendors support. 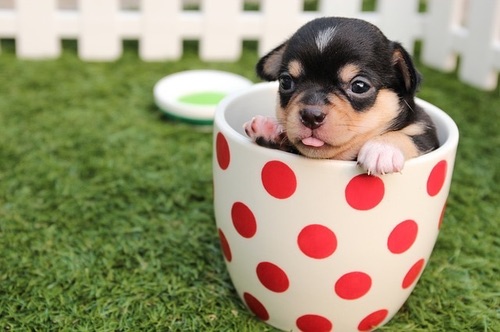 Appealing, but a lot of work.

Problems with that business model: One distribution can't be a lot better than the other. That's the nature of open source -- the distributions have to retain compatibility, Raghuram says.

Also, IT doesn't have a lot of experience with highly distributed systems, he says.

The model doesn't work. "The number of failed OpenStack projects is evidence of that," Raghuram says. (See VMware Damns OpenStack With Faint Praise and Rackspace: OpenStack's Death Is #FakeNews,

Platform9 believes it has the answer: Platform9 allows users to deploy OpenStack, Kubernetes, and Fission serverless software on private clouds, Amazon Web Services and Google Cloud Platform, with Microsoft Azure support coming in September, Raghuram says. Platform9 manages those services for customers remotely -- managing the cloud over the cloud. Or, as Platform9 puts it, "open source as a service."

Platform9 claims that in the past year it has grown its customer base by 360% and revenue by 300% (impressive numbers, but not so remarkable in a startup that's coming from a small base to start); won more than 60 enterprise customers including Cadence Design, Autodesk, Blue Cross Blue Shield and Sony Playstation; and partnered with NetApp, Nutanix, Juniper, Dell EMC, Hewlett Packard Enterprise and public cloud providers.

Raghuram also shared his view on the future of the cloud -- and Platform9's future direction. He calls it "cloud arbitrage."

As enterprises look to manage cloud costs, they will want to look for ways to move workloads from one cloud to another to find the best deals, Raghuram says.

Platform9 is developing a cloud arbitrage service, initially targeting Amazon's Spot Instances and Google Cloud Preemptible Instances, Raghuram says. Using those services, the cloud provider offers services at steep discount, with the catch that the instances will disappear if the service sees a surge in in demand.

Platform9's cloud arbitrage service will allow cloud administrators to set policies for deploying workloads on these kinds of temporary services, and then the process will be automated, Raghuram says.

Raghuram says he expects arbitrage to become a trend in 2018.

Raghuram's cloud arbitrage is complementary to the cloud portability vision touted by Microsoft and Google representatives recently. They encourage enterprises to standardize commodity cloud functions using the open source Cloud Foundry APIs, and then use the specialized services offered by each cloud for competitive advantage. (See Google & Microsoft Tout Multi-Cloud, but Where's Amazon?.)

mhhfive 7/5/2017 | 8:31:42 PM
Re: The difference between cloud portability and cloud arbitrage... > "vehicles to make such arbitrage seamless - such as Kubernetes - have only recently become available."

But even Kubernetes isn't immune to the faults of open source's funding and support problems. If Google stops propping it up, it could fracture into a handful of incompatible forks, and become a bit more like OpenStack.

Data storage and data transfer are, and will be, the limiting factor for the foreseeable future for true portability between clouds. It's not every cloud service that can drive up with a semi-truck filled with SSDs and haul away exabytes of data for you on a whim....
Reply | Post Message | MESSAGES LIST | START A BOARD

Was new to me when Sirish used it, and I've been covering open source for 20 years.

Regardless of how old it is, I think it's great, and much better than that expression "free as in speech not as in beer" which is just dumb.
Reply | Post Message | MESSAGES LIST | START A BOARD

Mitch Wagner 7/5/2017 | 4:19:57 PM
Re: The difference between cloud portability and cloud arbitrage... It's not more widespread because people are still moving to the cloud and getting their multi-cloud infrastructure organized. Arbitrage is the next step.
Reply | Post Message | MESSAGES LIST | START A BOARD

danielcawrey 7/5/2017 | 3:27:40 PM
Re: The difference between cloud portability and cloud arbitrage... I like this idea of cloud arbitrage. Too many vendors are locking in customers, which is pretty unfair when you start to realize all th work it takes to do migrations between clouds. No wonder this is coming from a software provider that recognizes this.
Reply | Post Message | MESSAGES LIST | START A BOARD

sirishraghuram 7/5/2017 | 3:19:45 PM
Re: The difference between cloud portability and cloud arbitrage... There are multiple dimensions to cloud arbitrage. In the most minimal implementation, arbitrage could be supported within a single public cloud provider, while using an open-source orchestration system.

It is unclear why this isn't already widespread, possibly because it represents a revenue conflict (innovator's dilemma?) for the largest public cloud providers? Or possibly because vehicles to make such arbitrage seamless - such as Kubernetes - have only recently become available.

Systems like Kubernetes have already solved the compute portability / fungibility problem. However, data-locality and gravity is still an issue and likely the biggest blocker to cross cloud arbitrage.
Reply | Post Message | MESSAGES LIST | START A BOARD

mhhfive 7/5/2017 | 12:53:05 PM
The difference between cloud portability and cloud arbitrage... It seems like cloud portability will need to become much more robust before cloud arbitrage can really take off. If a cloud service provider wanted to break an arbitrage service, it could do so instantaneously, no? Unless there were some universally agreed upon standards that all clouds would adhere to... but then that might limit the functionality of an arbitrage play?
Reply | Post Message | MESSAGES LIST | START A BOARD

mhhfive 7/5/2017 | 12:49:17 PM
But.. arbitrage opportunities are usually very brief? I'm not so keen on these ephemeral terms.. "cloud arbitrage" sounds extremely volatile and transient to me! Chasing weather patterns seems like a bad analogy for a reliable open source service, but maybe that's just me.
Reply | Post Message | MESSAGES LIST | START A BOARD
EDUCATIONAL RESOURCES