SAN FRANCISCO -- Structure 2017 -- Some enterprises worry about giving all their public cloud business to one provider and getting locked in. But multicloud has its own risks, says Microsoft Azure chief technology officer Mark Russinovich.

Enterprises pursue a multicloud strategy to help negotiate better pricing, among other reasons. But then those enterprises have to develop expertise in two clouds, as well as managing divided workloads and data and moving them between cloud providers, the Microsoft Azure CTO said.

Also, cloud providers have different APIs and abstractions. Virtual machines can't simply be picked up and moved from one place to another, Russinovich said during a Q&A session with freelance tech journalist Barb Darrow at the Structure conference here Tuesday.

"Companies are saying, 'I want to be as portable as possible,'" he said. Enterprises can maximize portability, even while using a single cloud partner, by using Docker containers, and orchestrated with Cloud Foundry, OpenShift and Kubernetes.

But what about cloud arbitrage -- companies that allow enterprises to move workloads between cloud providers, as well as balancing loads between multiple clouds? Darrow noted that she wrote about Cloudflaredeveloping such service, and we wrote in July about Platform9 working on something similar. (See Open Source Is Like a Puppy, Says Platform9 CEO.)

Russinovich said he sees some future in arbitrage, but only for some workloads. Users will pay egress charges for moving data, and integration will incur costs. "I've not seen [arbitrage] being deployed in practice," he said.

Russinovich's Q&A was short, but covered a lot of ground. Topics included:

AzureStack is an example of a new category of cloud technology, in addition to the usual divisions of public, private, and hybrid, Russinovich said. He called the new category "cloud consistent hybrid" -- because it's the same software platform, running both on the public cloud and private cloud, meaning it can run the same software as runs on Azure, and take advantage of the complete ecosystem of Azure developers and partners. 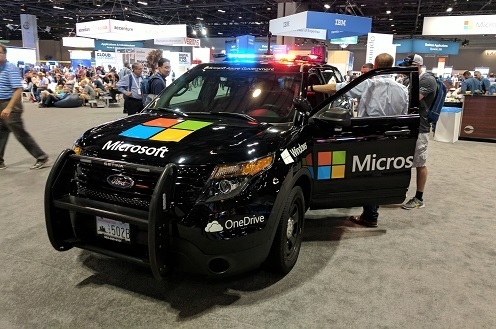 Russinovich said that might be the case. Private cloud might be better for very sophisticated, large companies with specific optimizable workloads that are self-contained applications. But those are not typical cases. Typical cases are elastic, very diverse, and they need to take advantage of capabilities the cloud delivers, the Microsoft man said.

Also, most companies want a global presence. Building out data centers and managing them across the world is a big cost, which public cloud providers are better suited to bear, Russinovich said.

Edge computing The traditional cloud and edge computing will work together, Russinovich said. The physics of network bandwidth and latency requirements will drive compute to the edge, where rich clients will process data with assist from the cloud.

Microsoft is already doing that with the Xbox, where a gaming physics engine runs in the cloud to calculate how buildings and the environment react to explosions, and then sends results to the Xbox, making the game more scalable and richer, Russinovich said,

Edge computing is important anywhere that lives are at stake, or when connections are intermittent, such as autonomous car, factory floors, and hospitals. "If you're dependent on the cloud and you lose connectivity on the factory floor, that can be millions of dollars in revenue," Russinovich says.