The cloud continues to bring sunshine for Microsoft. The company reported $32.5 billion in quarterly revenue on Wednesday, up 12%, with Azure revenue growth up 76%.

Intelligent Cloud revenue was $9.4 billion, up 20%, including server products and cloud services, up 24%. This is where Azure's 76% revenue growth comes in. 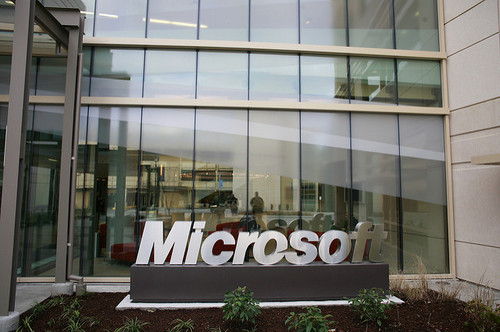 Photo by Robert Scoble (CC BY 2.0)
You're invited to attend Light Readings Big 5G Event!  Formerly the Big Communications Event and 5G North America, Big 5G is where telecom's brightest minds deliver the critical insight needed to piece together the 5G puzzle. We'll see you May 6-8 in Denver -- communications service providers get in free!

The company reported net income of $8.6 billion non-GAAP, with diluted earnings per share of $1.10 non-GAAP.

Capital expenditure for Microsoft was $3.9 billion this quarter, including cloud investments. That's down a bit from $4.3 billion in its first fiscal quarter.

For the current quarter, Microsoft expects $29.4 billion to $30.1 billion in revenue.

Prior to the earnings report, there were concerns about Microsoft growth, in the face of slowdowns in China and increased competitive pressure, Forrester Research Inc. analyst Chris Voce tells Light Reading. "They maintained their growth trajectory, which was very positive news for Microsoft," Voce says.

In market share, Microsoft is second to Amazon Web Services, which is by far the market leader in the cloud -- so much so that Voce doesn't anticipate Microsoft catching up in the next five years, though he's optimistic Microsoft can gain market share.

Microsoft's recent cloud milestones include deals with the Gap, Walgreens and Albertsons, as well as the purchase of Glint, a tool to help companies determine if their employees are happy. Microsoft did not disclose terms of the Glint deal, but CNBC put it at $400 million or more. Microsoft also closed its GitHub acquisition. (See Microsoft Scores Another Retail Win, Taking Gap to the Cloud, Microsoft-Walgreens Partnership: Just What the Doctor Ordered and Microsoft Completes $7.5B GitHub Acquisition .)