Mesosphere picked up $125 million funding in a deal announced Monday to help it navigate the increasingly competitive waters of the multicloud orchestration market. 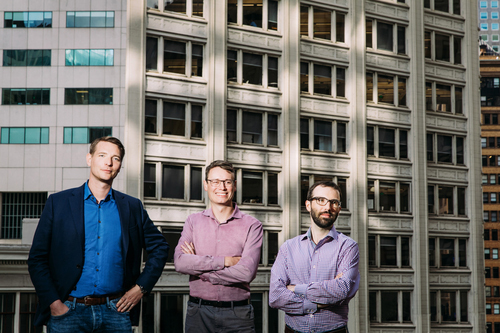 What next? "We took this funding because we see immense opportunity in IoT -- especially industrial IoT," Mesosphere CEO Florian Leibert tells Light Reading. IoT requires the kinds of multicloud analytics and machine learning that Mesosphere offers. The funding will fuel Mesosphere's global ambitions, particularly in the Middle East, where smart cities are seeing rapid development.

Mesosphere's run rate was $50 million as of November 2017, and the company is nearly tripling revenue year-over-year. Total funding since the company founded in 2013 is about $252 million, Mesosphere says.

Multicloud is becoming a hot area for vendors as enterprises see the need to run on multiple public cloud providers, such as Amazon and Microsoft Azure, as well as private clouds in enterprise's own data centers. As enterprise interest grows stronger, traditional enterprise vendors such as Cisco and Dell are focusing on multicloud. (See Top 5 Drivers for Multicloud and Dell CTO Expounds 'Insane' Theory About Enterprise Complexity)

Competition makes the market tougher for smaller vendors, such as Mesosphere and its counterparts and competitors. CoreOS was recently acquired by Red Hat. Docker is reportedly troubled, and has seen turnover of its CEO and co-founding CTO since last year. And Mirantis brought back its founding CEO in January and has pivoted the company strategy twice since 2016. (See Red Hat Buys CoreOS for $250M, Building Kubernetes Muscle, Docker Co-Founder Hykes Takes a Hike and Mirantis Has Seen the Future (Again) & This Time It's Spinnaker.)

Mesosphere succeeds by offering both the infrastructure and data tools. "We're really the only complete offering that covers all the various pillars you need," Leibert says. Those four pillars are business logic running on Kubernetes containers, data processing using Spark and TensorFlow, Cassandra or Hadoop filesystem for storage and Kafka for transport.

Those elements will help Mesosphere extend into IoT, Leibert says. "You can see how a modern IoT applications will require all of the pieces of technology plus maybe some more," Leibert says. "That's where we come in, and our offering is differentiated because you can get everything you need from a single platform at the click of a mouse."