Larry Ellison Laughed at the Cloud, Now the Cloud Is Laughing Back

In an era when bigger competitors are growing much faster in the cloud, Oracle turned in lackluster quarterly earnings, and it's getting beat up on Wall Street as a result.

While the overall cloud market is growing an estimated mid-double-digits, Oracle Corp. (Nasdaq: ORCL) on Tuesday reported quarterly revenue up 3% to $11.3 billion for the fourth quarter, ending May 31. And while services and support were up, that was only single digits, and license revenues were down significantly. Cloud services and license support revenues were up 8% to $6.8 billion, while cloud and on-premise license revenue were down 5% to $2.5 billion. (See Oracle Reports $11.3B 4Q Revenue Up 3% YoY .) 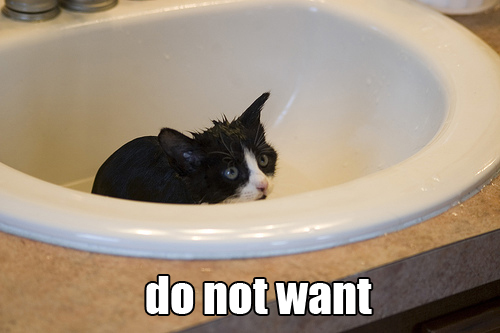 Larry Ellison could end up like this. Photo by Boondock Studios (CC BY 2.0)
Now entering its fifth year, the 2020 Vision Executive Summit is an exclusive meeting of global CSP executives focused on navigating the disruptive forces at work in telecom today. Join us in Lisbon on December 4-6 to meet with fellow experts as we define the future of next-gen communications and how to make it profitable.

How much of the revenue and growth comes from the cloud? We don't know. Oracle has stopped breaking out its cloud revenue from on-premises revenue. That's because Oracle has transitioned to a Bring Your Own License plan (BYOL), where customers can use the same license for on-premises and the cloud. Previously, when Oracle reported cloud revenues separately, that revenue growth was slowing in consecutive quarters. (See Can Automation Fix Oracle's Cloud Mojo?)

BYOL is a good move by Oracle and its customers, making it easier for enterprises to transition from on-premises to the cloud at their own pace. But the change makes it impractical to separate cloud from on-premises revenue, CEO Safra Catz said on an the company's earnings call Tuesday.

The new reporting structure ticked off Wall Street analysts, because Oracle is making it more difficult to see into the long-term health of its business. On Tuesday's earnings call, Jefferies and Company analyst John DiFucci asked how investors could "get comfortable" that Oracle is not "obfuscating any cloud weakness."

Catz responded: "So first of all, there is no hiding." The new reporting procedure is "the way to understand our business better," she said. Under prior reporting methods, total cloud revenue was $1.7 billion.

Still, Oracle's cloud competitors, such as Microsoft and IBM, make a point of doing at least some separation of legacy and cloud revenues -- although those two companies note that many of their customers are hybrid cloud installations, running applications both on-premises and in the cloud.

Separating cloud from legacy revenues gives legacy providers an opportunity to shine a spotlight on fast-growing cloud revenues, while distracting attention away from slower on-premises business.

Oracle no longer has that luxury. It's just one company now, focused now on overall revenue, which the company expects to accelerate because cloud revenue is becoming a larger part of overall revenue. Also, Oracle expects to once again deliver double-digital earnings per share growth for the year, Catz said.

But Oracle just isn't keeping up in the cloud. The overall cloud market grew 51% in the first quarter of 2017, with Amazon Web Services holding the lead with 33% market share, holding steady at roughly that share for 12 quarters, even as the market nearly tripled in size, according to Synergy Research Group. Microsoft, Google and Alibaba have all grown market shares, at the expense of other players. IBM is holding steady in fifth place at about 8%. Oracle doesn't show up in Synergy Researcher's figures.

Next Page: "Hopelessly Far Behind"

Joe Stanganelli 6/24/2018 | 10:39:39 PM
Re: Maybe overstating the case @Mitch: Not to mention strengthen existing offerings in the meantime -- and possibly even pivot in some areas.

It's got back-office ERP cloud over Salesforce...so that even if Salesforce does eventually get into that business, Oracle may lose some customers but can still hang on as "the original".
Reply | Post Message | MESSAGES LIST | START A BOARD

Mitch Wagner 6/24/2018 | 4:59:12 PM
Re: Maybe overstating the case Yeah, quoting my favorite tech journalist - me - Oracle's strategy is to migrate its existing customers to the cloud, which will buy it time to beef up its cloud offering to make it competitive with the big guys. It could work.
Reply | Post Message | MESSAGES LIST | START A BOARD

Joe Stanganelli 6/23/2018 | 7:07:21 PM
Maybe overstating the case I dunno, I tend to think that, while the cloud certainly lends itself to having vastly dominant players like AMZN and MSFT, there's also enough cloud demand to go around for everyone -- especially as multicloud gains interest and traction.
Reply | Post Message | MESSAGES LIST | START A BOARD

Oracle is definitely trying to mask decline in Cloud revenue or else why would they not explicitly spell out Cloud revenue vs On-Premise revenue? Its weakness in cloud revenue at Oracle, NOT other Cloud vendors. Hide as much as you want, facts will come out sooner or later. When there is a leak, water always finds a way out.
Reply | Post Message | MESSAGES LIST | START A BOARD

mendyk 6/20/2018 | 2:41:50 PM
Cloudonomics Moving existing customers to the cloud sounds nice, but does it actually result in a revenue gain?
Reply | Post Message | MESSAGES LIST | START A BOARD
EDUCATIONAL RESOURCES