IBM and VMware are looking are expanding their two-year-old cloud partnership further with additional features and support, as well as partnership and agreements with SAP and Vodafone to provide additional services.

As cloud computing moves to more hybrid and multi-cloud deployments, enterprises are looking for better ways to manage their workloads and applications as they move from on-premises data center, to the cloud and possibly back again.

This is one reason why VMware finds itself in the position of sought-after partner as cloud service providers such as Amazon Web Services and Google Cloud Platfrom look to offer more enterprise features and management capabilities to customers. At its VMWorld conference in Las Vegas earlier this month, VMware and AWS formalized their own agreement. (See VMware Launches Amazon Cloud Support.)

At the same time, VMware is expanding beyond its roots into virtualization to offer more services in the cloud, especially within hybrid environments of mixed private and public clouds. (See Following Amazon Partnership, VMware Is a Cloud Company Now.) 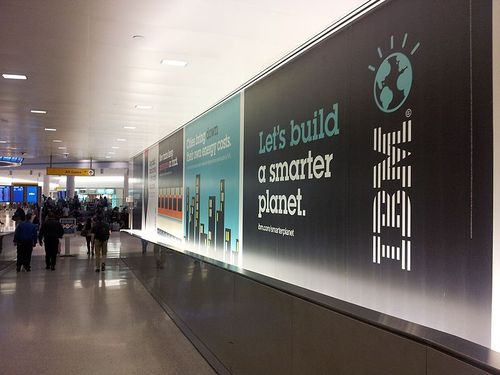 IBM, which is far behind AWS in the public cloud game, but still a presence in private cloud deployments and services, is looking to strengthen its ties to VMware as well. (See AWS, Despite Slowdown, Reigns Over Cloud Market  Report.)

At the start of the VMWorld Europe 2017 conference on Tuesday, IBM and VMware plan announce a series of new feature and additions to their portfolio, which now includes 1,400 customers running VMware workloads within the IBM Cloud.

As part of the customer push, the two companies plan to announce that Honeywell International, along with Vodafone, are now using the IBM Cloud and VMware services.

In addition, IBM and VMware are also announcing:

IBM and VMware have a partnership that dates to 2016, and the companies announced an expansion of their channel partnership in February. (See IBM, VMware Cement Cloud Partnership.)

These various partnership, including with IBM and AWS, have increased VMware's value over the last several months, with the company moving past offering only virtualization. It's one the reasons why VMware has posted several quarters of impressive growth. (See VMware's Cloud Momentum Continues Through Q2.)

kq4ym 9/20/2017 | 9:01:28 AM
Re: VMware is everywhere! Yes, it does seem the "trend" is to get ways to find lots of ways to mix and match the latest in technologies as companies, large and small search for ways to improve market share as the industry moves to multi-cloud and hybrid solutions in both proprietary and open source.
Reply | Post Message | MESSAGES LIST | START A BOARD

danielcawrey 9/13/2017 | 8:06:19 PM
Re: VMware is everywhere! I don't think VMware sees any of the other players in the market as pure competition. They clearly see the value in working together. This is needed in a world that has many public, private and hybrid cloud options.
Reply | Post Message | MESSAGES LIST | START A BOARD

mhhfive 9/12/2017 | 1:41:46 PM
VMware is everywhere! Wow. VMware is really partnering with just about everyone in the field. I wonder how long that can last? Is there any liability for VMware mixing it up with so many potential competitors?
Reply | Post Message | MESSAGES LIST | START A BOARD
EDUCATIONAL RESOURCES
sponsor supplied content
IDC Whitepaper: Key Considerations When Operationalizing Artificial Intelligence Strategy
Design Guide: best-in-class hybrid IT infrastructure with AWS Outposts
Blueprint: optimize data exchange with AWS Outposts
Ericssons Cloud RAN e-book: A comprehensive guide to adopting, deploying, and scaling virtualized 5G in your networks
The Four Key Components of Cloud RAN
How to get the most out of 5G mid-band in Cloud RAN
QCT Introduces New Innovative Family of Edge Servers for the Telco Marketplace.
TOOL - Interactive Experience: Learn how to Evolve your Architecture and Monetize Next Generation Metro and Edge Networks
Whitepaper  Achieving IP/Optical Convergence: Building from Existing Networks
Executive Guide  Enabling Next-Generation Metro and Edge Networks for Communications Service Providers
Educational Resources Archive
More Blogs from Scott Ferguson
Podcast: Agile IT & the Rush Toward Digital Transformation - Sponsored by SAP