IBM is building mainframe features for security and machine learning into slimmed-down chassis that fit in standard data center racks, for a new generation of cloud applications.

IBM Corp. (NYSE: IBM) has launched two new systems as part of its mainframe line, the IBM z14 Model ZR1 and IBM LinuxONE Rockhopper II, building on pervasive encryption, cloud connectivity, and analytics capabilities launched last year in its Z14 mainframe. The systems are built into chassis that can be housed in industry-standard 19" data center racks, with standardized airflow and power capabilities, to make them easier for enterprise IT to deploy in existing infrastructure. (See IBM Brings Big Iron to the Big Cloud.)

"IBM is redefining mainframes for the cloud," Tina Tarquino, program director and offering lead for IBM Z, said in an interview. "Skinny is the size but the function and capabilities are huge." 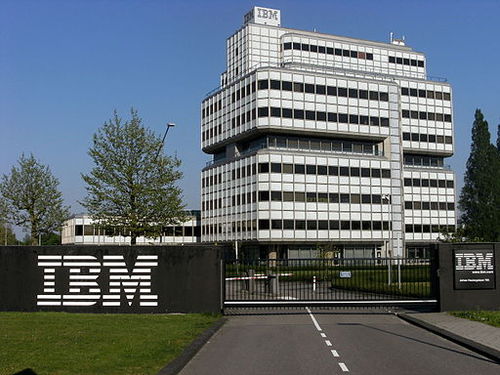 Photo by Mark Ahsmann [CC BY-SA 3.0], from Wikimedia Commons
Boost your knowledge of cloud-native software and innovations driving data center transformations! Join us in Austin at the fifth annual Big Communications Event May 14-16. The event is free for communications service providers -- secure your seat today!

"Mainframes are seeing new life in the cloud era as "the most stable, secure and mature environment to support IT initiatives including the proliferation of blockchains," the company says in a blog post scheduled to go live Tuesday. Mainframes process 87% of credit card transactions and nearly $8 trillion payments annually, and 29 billion ATM transactions equivalent to nearly $5 billion per day, as well as 4 billion passenger flights per year. (See Mainframe Cloud? That's Nuts! and IBM Launches 'Continuous' Security & Kubernetes on Bare Metal.)

The mainframe has been important to IBM's recent turnaround, showing revenue growth in the fourth quarter of 2017 for the first time after 22 quarters of straight decline. (See IBM Earnings Lesson: Don't Call the Mainframe a Dinosaur.)

RituGupta 8/19/2018 | 11:54:29 PM
Re: Mainframe lite This is something that I would not have expected to arise in the cloud industry. Usually when data is concerned, we would all want something huge to ensure enough data can be stored away for good. However, when the term 'skinny' is used but still manages to hold as much data, it is a breakthrough in this entire industry for sure. It takes the experts to know what to offer to the users in order for them to still have so much without being imposed on too much.
Reply | Post Message | MESSAGES LIST | START A BOARD

Michelle 4/14/2018 | 1:13:36 PM
Mainframe lite So...the mainframe is going through the changes of the regular computer? Trimming down from a room-sized monster to something more managable?

I don't know if I like the over-use of "skinny" for enterprise tech or cable TV offerings. This time, I imagined a mainframe served up on a dessert plate in a dimly lit dining room of an exclusive eatery.
Reply | Post Message | MESSAGES LIST | START A BOARD
EDUCATIONAL RESOURCES