IBM Had a Very Good Day in the Cloud

Full-year cloud revenue was $19.2 billion, up 12%. That's a fraction of the rate that the overall cloud market is growing, but IBM Corp. (NYSE: IBM) sees itself as operating in a high-value segment of the cloud market, helping enterprises move mission critical workloads to hybrid platforms from multiple cloud providers, according to James Kavanaugh, IBM senior vice president and CFO, on a call with analysts Tuesday. (See Cloud Spending Growth Slows, While Big Providers Squeeze Little Guys Even Harder.)

IBM reported earnings of $4.87 per share for the quarter, versus $4.82 analyst estimates. Revenue for the quarter was $21.76 billion, compared with $21.71 billion expected by analysts. 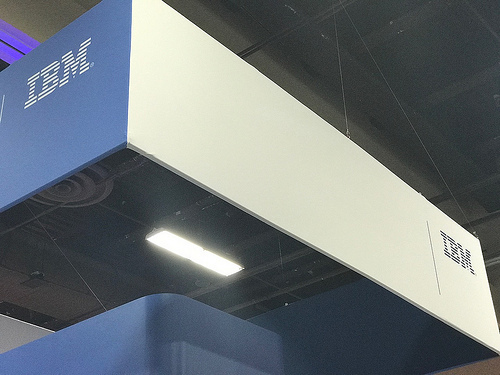 That mainframe continues to drive the cloud and pervasive encryption business, Kavanaugh said.

IBM is in a multi-year transition from systems to high-value emerging businesses, including hybrid multi-cloud, cognitive computing and analytics. For 2018, the company met the goals it stated a year ago, of growing revenues, operating profits and earnings per share, Kavanaugh said.

IBM's $34 billion acquisition of Red Hat systems is driven by that multi-cloud strategy, Kavanugh said. The company expects to close that acquisition in the second half of the year. (See Red Hat Shareholders Greenlight $34B IBM Acquisition.)

Additionally, IBM divested legacy software, including Notes and Domino, in December, to make room for future growth. (See IBM Sells Off Notes & Other Software You Barely Remember for $1.8B.)

And in the past six days, IBM announced three significant cloud deals: