HPE Steps Back From Hypercloud

Hewlett-Packard Enterprise is jiggering its cloud server business, getting out of the market of selling custom servers to the eight largest hypercloud providers in the world, such as Amazon and Microsoft.

"We will continue selling our higher margin products like storage, networking and higher value servers to these companies," HPE says.

HPE disclosed the plans at a strategy day for analysts on Thursday. "These commodity server deals come at a very low margin and there is no services pull-through opportunity for the company," HPE President Antonio Neri told the analysts in remarks HPE emailed on Friday. 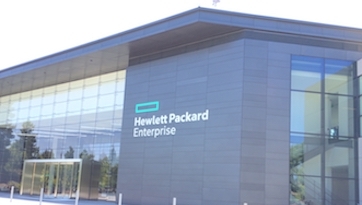 In other words, HPE doesn't make a lot of money on the commodity server deals, and they're not an opportunity for HPE to upsell with professional services.

HPE says it will continue to sell commodity servers to "Tier 2 and 3" service providers, "companies who have built their business in the cloud, including customers like Dropbox, eBay and Salesforce.com."

Neri adds, "For these customers, our focus is on gaining share with standardized compute platforms." HPE will sell those products without custom design, but with software and services, "providing value to our customers while ensuring profitability for our business."

HPE is in a three-way tie for leadership in the cloud infrastructure market. (See Cisco, HPE, Dell EMC Fighting for Cloud Infrastructure Dominance.)

The big hypercloud providers are a tough-to-crack market for vendors, but a lucrative one. They're tough to crack because they do so much of their own work internally, and demand custom designs. Indeed, Facebook co-founded the Open Compute Project as a means of making networking equipment into an open source commodity, and later expanded that drive to datacenter servers and other equipment. (See Open Compute Project Hits Critical Mass.)

On the other hand, vendors that crack the hypercloud market stand to make big bucks. For Arista Networks Inc. , Microsoft Corp. (Nasdaq: MSFT) alone is one of that company's biggest customers, accounting for more than 10% of Arista business, according to that company's most recent earnings call in August. (See Arista Surges 20% on Earnings Blowout.) However, Cisco Systems Inc. (Nasdaq: CSCO) is mounting a challenge to Arista there. (See Cisco & Microsoft Are Collaborating: Arista Should Be Worried.)

Joe Stanganelli 10/21/2017 | 7:50:38 PM
Upsell for virtualized cloud where it counts I guess that makes sense. Tier 1s like AMZN, GOOG, MSFT, etc., already have a lot of things going for themselves with virtualized cloud. Whiteboxes sold to them near cost isn't going to do much for HPE.
Reply | Post Message | MESSAGES LIST | START A BOARD

Susan Fourtané 10/21/2017 | 11:13:13 AM
Change is the only constant Its interesting to see the continuous evolution to companies like HPE, or IBM, adapting according to currents needs and moving their business in the best direction to remain in a good position on the market. Certainly is a good strategy.
Reply | Post Message | MESSAGES LIST | START A BOARD
EDUCATIONAL RESOURCES