Google wants to become an enterprise cloud provider, so why not team up with the company that rules enterprise-networking market share?

Google (Nasdaq: GOOG) and Cisco Systems Inc. (Nasdaq: CSCO) are announcing today that they're teaming up to let enterprises build a hybrid cloud environment. This means extending a Cisco network into Google Cloud Platform, or letting GCP reach down to the on-premises, Cisco-based network. It just depends on the enterprise's point of view.

Theoretically, applications and services could live on either side; a service running on-premises could reach into Google Cloud and activate an application there, for example.

"We clearly live in a hybrid world. The vast majority of our customers tell us they need to take advantage of both private and public cloud environments," says Kip Compton, vice president of Cisco's cloud platform and solutions group.

Cisco will treat the hybrid cloud as one big Cisco offering. Network policy from the on-premises, Cisco-based network will be extended into GCP. Cisco and Google with both provide security support, which will reach across both companies' environments. For cloud orchestration, Cisco will also add Kubernetes support to its HyperFlex hyperconverged infrastructure offering. 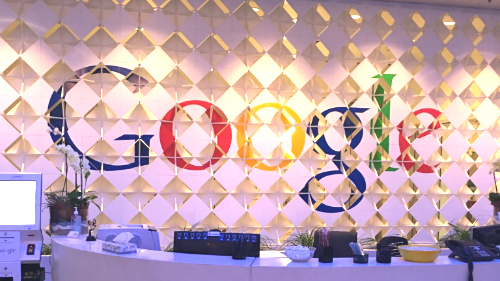 The companies will also use Istio, an open source project for managing traffic between microservices; that's how services will be able to tap applications on the other side of the Google/Cisco border. Istio came about this year, built from pieces contributed by Google, IBM and Lyft.

"Our legacy in open source is something Google Cloud is eager to bring to this partnership, particularly around Kubernetes and Istio," says Nan Boden, head of global technology partners for GCP.

The main point is that the partnership gives enterprises a way to migrate to the cloud in stages. Rather than having to rewrite entire applications for the cloud -- they could theoretically move pieces of applications or services to the cloud.

Developers can "keep legacy services where they are but give them a secure API so developers can make use of [cloud] services," Boden says. "They don't have to do a big, heavy lift-and-shift all at one time. In fact, they can be more thoughtful about what their migration strategies are."

Google is also pledging openness for the effort, meaning the pieces deployed to the cloud could be migrated to other public clouds as well, such as Amazon Web Services (AWS). The key here is Apigee, Google's API management acquisition.

"They can move to the cloud without lock-in, and they can have their choice of cloud provider, management software, hypervisor and operating system, unlike other competitive solutions," Boden says.

One point worth noting: Not every customer using this combination is interested in public cloud infrastructure-as-a-service (IaaS). Some want only a private cloud, and it's now going to be possible for segments of that private cloud to reside in GCP.

The grand conspiracy
All of this is happening in the name of getting GCP to be a more serious rival to market leader AWS. The strategy is to make GCP a more powerful enterprise tool, and Google recruited Senior Vice President Diane Greene in late 2015 to get it done. (See Google: 'Dead Serious' About Enterprise Cloud.)

One way Google is hoping to attract enterprises is by aggressively pushing openness. Boris Renski, chief marketing officer of Mirantis Inc. , thinks it goes a step further than that. He sees Google's collection of open source projects, particularly Kubernetes, as a master plan to encourage inherently multicloud applications. That is, developers will be able to create applications that avoid depending on the features of any particular cloud.

It's just a theory, but it would be a clever way to get around AWS's dominance and the potential lock-in effect that exists in AWS and Azure.

Google isn't commenting on whether Renski is right, instead falling back on the the idea that "open source makes us all better," as Boden puts it.

"The more open ecosystems are, the better the developers can speed innovation. We've seen that throughout Google Cloud and for the last 20 years of computing."