Google is looking to give its public cloud platform the same speed boost that powers the company's search engine, as well as YouTube.

BBR stands for Bottleneck Bandwidth and Round-trip propagation time, which Google developed in-house and started using with www.google.com and YouTube in 2016. These sorts of congestion control algorithms run inside PCs, smartphone and other devices that are connected to a network and decide how fast to send data from one point to another.

So what's the difference between BBR and other algorithms?

Since the early 1980s, when the roots of the Internet were taking shape, the majority of TCP (Transmission Control Protocol) congestion control algorithms -- Google used CUBIC for many years -- relied on packet loss to determine whether there was a congested connection between two points. This worked effectively early on as these algorithms were able to match up well with low-bandwidth Internet links. 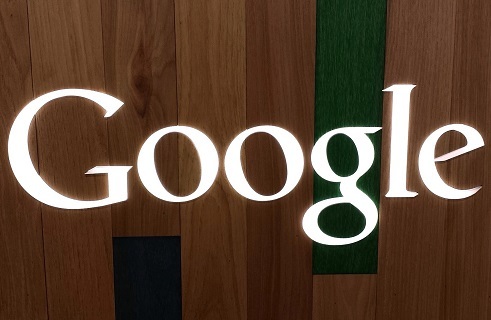 However, as networks got bigger, and the Internet much faster, Google engineers decided to look at these algorithms and create a new technology that would address bottlenecks in the network before they happened. This is where BBR comes in.

We need an algorithm that responds to actual congestion, rather than packet loss. BBR tackles this with a ground-up rewrite of congestion control. We started from scratch, using a completely new paradigm: to decide how fast to send data over the network, BBR considers how fast the network is delivering data. For a given network connection, it uses recent measurements of the network's delivery rate and round-trip time to build an explicit model that includes both the maximum recent bandwidth available to that connection, and its minimum recent round-trip delay. BBR then uses this model to control both how fast it sends data and the maximum amount of data it is willing to allow in the network at any time.

When Google applied BBR to YouTube, the company claims it led to a 4% higher throughput on the site, as well as lower latency.

Now, Google is applying BBR to its GCP offering, which should make it faster to retrieve data from the cloud. This is especially important as data is moving, for example, from Europe to the US, or vice versa, and the users of a cloud service want as little lag time as possible, especially if the customer is crunching a big number set in database.

Google is also promoting the BBR technology as a way to serve and load balance traffic going to websites. This could help increase download speeds for users.

kq4ym 8/7/2017 | 10:44:48 AM
Re: The need for speed... Google will have to keep up and even surpass the competition if it wants to keep their cloud business growing. The PR efforts won't stop in getting the Google brand out there for every one of it's product, services and even blue sky projects to come.
Reply | Post Message | MESSAGES LIST | START A BOARD

kq4ym 7/29/2017 | 7:49:23 AM
Re: The need for speed... With the reported 4% increase in throughput and lower latency it would seem that Google is on to some important improvements looking at "an algorithm that responds to actual congestion, rather than packet loss." Bears watching to see what furthere increases might be had.
Reply | Post Message | MESSAGES LIST | START A BOARD

[email protected] 7/25/2017 | 12:53:13 PM
Re: The need for speed... Absolutely but performance expectations are growing every day  Remeber when we all waited for dial up? It was part of using the internet our standards are so much higher--3G is referred to as a dog and 5G is already looking old!  Performance will always be a place that tech companies need to run to keep up we are doing more and need more speed to achieve those needs.
Reply | Post Message | MESSAGES LIST | START A BOARD

danielcawrey 7/23/2017 | 3:30:32 PM
Re: The need for speed... Users are impatient these days, and companies like Google and Facebook have certainly determined that behavior.

Because web services are getting so fast, tech companies have to continue to smooth out the experience. This is what Google is doing here.
Reply | Post Message | MESSAGES LIST | START A BOARD

[email protected] 7/21/2017 | 1:07:06 PM
The need for speed... This sounds like a great improvement for users, I love the concept of cloud but for some vendors getting your data off of the cloud is an arduous and slow process that makes you consider the entire storage process. Any improvements to speed are appreciated.
Reply | Post Message | MESSAGES LIST | START A BOARD
EDUCATIONAL RESOURCES