SAN FRANCISCO  Google Next 2018  Google is partnering with GitHub on a platform for Continuous Integration/Continuous Delivery (CI/CD) software development, despite GitHub's connection with competitor Microsoft.

The partnership is based on Cloud Build, a CICD platform Google launched Thursday to help developers build applications with the scalability, flexibility and security required in the cloud.

As part of that service, Cloud Build integrates with the GitHub developer collaboration platform. Cloud Build will work with any repository on GitHub, Melody Meckfessel, VP engineering, Google Cloud, said in a blog post Thursday.

This isn't Google's first date with GitHub; Google is a top contributor of code to GitHub repositories. 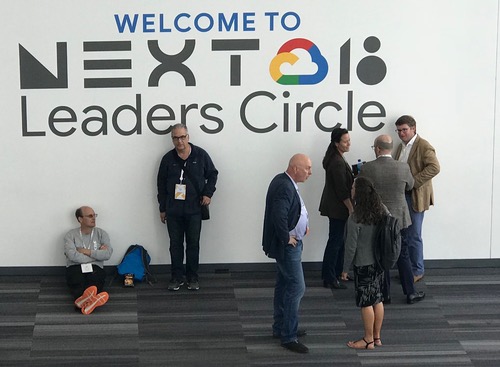 Microsoft plans to acquire GitHub in a $7.5 billion deal announced last month and expected to close by the end of the calendar year, giving Microsoft access to one of the Internet's biggest and most important communities of open source software developers.

The platform and partnership look potentially quite useful for developers, but it's also good corporate strategy and marketing for the cloud providers. Microsoft swears to keep GitHub independent after the deal closes, expected by the end of the calendar year. That oath looks more credible with GitHub's partnership with competitor Google. Google, for its part, cultivates cloud independence, and partnering with a competitor burnishes that image. And both Google and Microsoft lag in the cloud market far behind Amazon Web Services Inc. , so partnering against a common enemy works for them both.

kq4ym 8/7/2018 | 8:37:07 AM
Re: Re: GOOG to help the MSFT go down Getting along will be one of the benefits to be eventually seen but as noted "Google and Microsoft lag in the cloud market far behind Amazon Web Services" but whether it will help minimize that lead in market share remains to be seen. I suspect Amazon is going to keep that wide lead no matter what alliances develop.
Reply | Post Message | MESSAGES LIST | START A BOARD

Joe Stanganelli 7/30/2018 | 11:31:26 PM
Re: GOOG to help the MSFT go down @Michelle: I gotta tell ya, the unbridled, undiscerning MSFT hate gets tiresome after a while. (Does MSFT deserve some invective here and there? Sure, absolutely, occasionally, as do all tech giants...but not all the time for everything and nothing.) It really makes certain niches of the dev and open-source community lose a whole bunch of credibility.
Reply | Post Message | MESSAGES LIST | START A BOARD

Kelsey Ziser 7/26/2018 | 4:28:29 PM
Leaders Circle Love the photo...two fellas on the left look worn out from their hard work in the Leaders Circle.
Reply | Post Message | MESSAGES LIST | START A BOARD

Joe Stanganelli 7/26/2018 | 4:24:10 PM
GOOG to help the MSFT go down This, I suspect, is a necessary partnership for MSFT. Open-source devotees still largely have an anti-Microsoft chip or two on each shoulder -- while often being Google fanbois and fangrrls. This probably makes the acquisition of GitHub more palatable.
Reply | Post Message | MESSAGES LIST | START A BOARD
EDUCATIONAL RESOURCES