Google Assesses Its Strengths in Its $1B Per Quarter Cloud Business

Google Cloud Platform is carving out a niche among enterprise customers, finding strength in areas such as open source support and machine learning as it goes up against much bigger competitors, Google CEO Sundar Pichai said on a quarterly earnings call Monday.

Google (Nasdaq: GOOG) is the fourth-largest cloud provider; it lags behind Amazon, Microsoft and IBM, according to a recent report from Jefferies & Company Inc. Amazon, in fact, is so far in the lead it has more cloud-based revenue than the next four competitors combined, including Google. (See Google & Alibaba Cloud Gaining Fast in Public Cloud  but AWS Still Rules.) 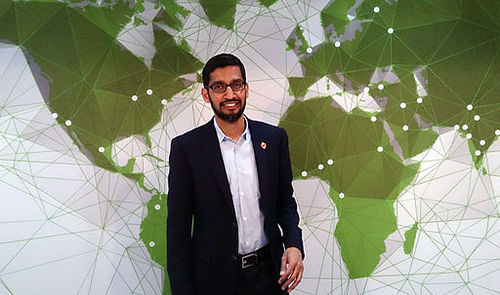 Open source and machine learning are strong points Google sees in itself as it goes up against bigger competitors in enterprise cloud.
Boost your knowledge of cloud-native software and innovations driving data center transformations! Join us in Austin at the fifth-annual Big Communications Event May 14-16. The event is free for communications service providers -- secure your seat today!

Google doesn't break out cloud revenue from other revenue, but Pichai noted Monday that cloud revenue exceeded $1 billion per quarter last year, with momentum increasing and revenue growth accelerating in the first quarter. The company is signing bigger customers.

Alphabet reported revenues of $31.1 billion, up 26% year-over-year for the first quarter 2018 quarter ending March 31, and beating analyst expectations of $30.36 billion. Operating income was $7 billion, with diluted earnings per share of $9.93 adjusted, compared with $9.28 expectations.

In the category of "other revenues," which includes Google Cloud Platform, Alphabet saw revenues of $4.35 billion, up a hefty 36% year-over-year, the company said. "Other revenues" also include Google's hardware, as well as the Play Store. As of this quarter, "other revenues" includes Nest hardware, previously included in a category Alphabet calls "other bets."

Revenue increased 14% to $150 million in the "other bets" category, which including Google Fiber and the life sciences brand, Verily. Losses there narrowed, to $571 million from $703 million in the year-ago quarter.

Alphabet stock traded at $1,073, down less than 1% in after hours trading.